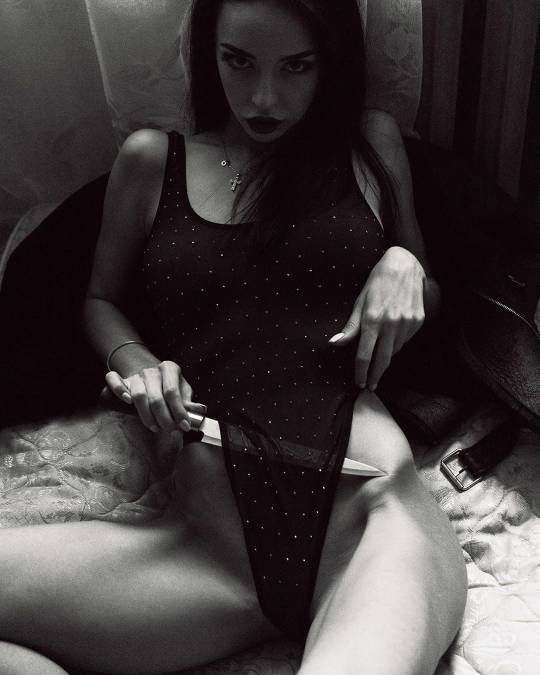 He wakes with a start, his breath ragged. The barn is damp and very cold. A dirty rag stuffed in his mouth is the first thing he notices, followed by the hood, tied tightly enough that the gagging rag can’t be tongued out of his mouth.


Find a Humiliatrix near

Now he begins to explore his situation. He’s laying on his back, something painfully digging into his back, just under his rib cage. As he shifts his weight, he realizes it’s his own hands, bound with leather cuffs and something that he assumes is a padlock. The man comes to the frightening realization that he has apparently been laying on his hands for some time based on the ache in his back and the deadness of everything from a shoulder to fingertips.

“Mmph!” He grunts – yells into the gag and hood as he twists more in blindness, knocking a shelf from which paint can fall, landing on his shin bone, a thin thread of blood appears where it landed. His breathing intensifies, his feelings of helplessness growing. He screams more, extra urgency on his muffled voice.

After 20 minutes of useless screaming into the gag, the man slowly gets himself under control, trying to make sense of his predicament. He’s cold, shivering, his thighs quivering. His shin has begun to swell, and still oozes blood. He manages to back himself up to a wall next to the shelf where the offending paint can assault him from, coming to a sitting position, his hands still behind his back.

I slowly stand from the seat I’d taken about 2 hours earlier before he’d come to. Immediately he hears me, starting his gag-chatter all over again. I walk over to him, my boots stepping solidly over the wooden floor. His head turns, seeking me out. I see visible relief come over him as he thinks he’s saved.

Without a word I kick him over, his forehead hitting the upright of the wooden shelf. He screams again, in agony. His legs backpedal out of self-preserving panic. I reach up and grab a chain off the shelf as I step past it and toward him, then kick him over until he’s on his belly. I hook the chain to the padlock and speak to him.

He is confused but does try to stand. When he fails twice in a row, I help him by pulling him up with the cuffs. He grunts into the gag again, this time as his shoulders are roughly pulled. I back him to the wall and attach the chain to a metal ring on the wall. There’s no slack between the wall and his cuffed hands.

He’s tottering a bit, still unsteady. I pull out my knife and cut the leather strap that kept the hood on, then slides it down off his head.

He’s a slender man, about 40. His brilliant green eyes blink and water in adjusting to the light. He is so shocked under the bright lights that he doesn’t even realize he could simply spit out the bitter old rag in his mouth.

I kick his legs apart, my steel toe boots connecting with his ankle bones with a sickening knocking noise. This nearly brings him to his knees, but my knee comes up to meet his diaphragm, making him exhale with such force the gag falls out, tumbling off my knee. He’s out of breath and must have bit his tongue, blood spilling over his lip to meet the blood from his forehead where the shelf had cracked him a good one.

“What the fuck?!” He screams in my face, blood splattering through the air at me. He strains forward as if to lunge forward at me, and from the shelf, I casually grip a leather strap 4 inches wide and doubled over lengthwise, and swing it across his face. Again blood sprays from his mouth.

Before he can recover I have attached his ankle cuffs to the wall, and he’s secured to the wall, his legs spread to an almost uncomfortable position. I stand up in front of him again. His mouth comes back to life, and he’s screaming obscenities at me, spitting fire with each word.

I laugh in his face and reach down between his legs, my hand cupping his testicles. He’s unshaved and uncut. His balls are warm, tender, soft, and fuzzy. I tickle him with my nails, all the while he’s screaming in my ear, even trying to head butt and bite me.

With a squeeze, I look him in the eye, “Shut the hell up, or these will be the first I take.” He momentarily quiets, as if he doesn’t understand, then begins screaming again.

With a sigh, I again pull out my knife. I open the hunting knife and with my left hand grip his penis. One quick hack and it lands on the wooden floor amongst the loose straw with a plopping-clunk sound, bleeding dark into the straw. His screams start anew, and I feel his warm blood spurting onto my jeans from the inch-long stump that used to be the focus of his manhood. Maybe he needs time to reconsider the “quiet” command.

I wipe the bloody blade clean on his chest, then put a ring gag in his mouth, him fighting me each step of the way. Eventually, it’s in his mouth, and he quits saying words at least, but still isn’t quiet. With a pair of locking clamps, I reach into his mouth and grip his tongue, pulling it out as far as I can, then look him in the eye. “Perhaps this is next?” I ask him while opening the hunting knife. His entire tone changes as soon as I release his tongue back into his mouth.

I reach down and start to examine his body again. The bloody stump is still pouring blood.

I’m not even close to done with him.

Last Updated on 4 weeks by pseudonymous