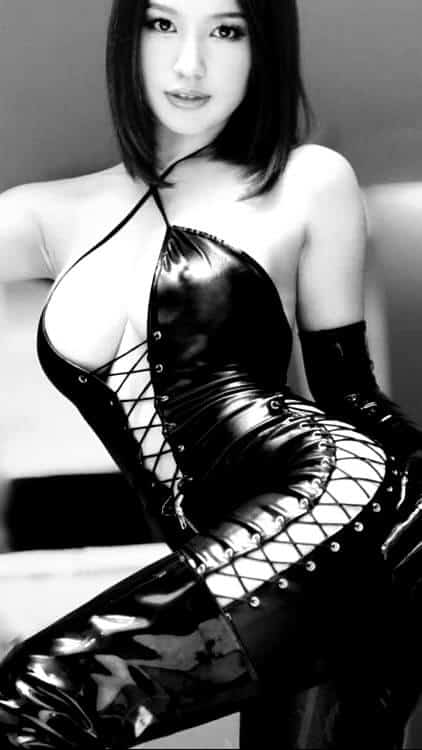 They were on the couch talking, kissing, and touching each other intermittently, after their meal. She found herself straddling him, looking into his eyes as she had done, many a time, he liked her there. They were switches, the dynamic ever-changing like two cobras mating intertwined & showing the other what the other capable of, one minute she was dominant to him, the next he to her. Their kisses were searing her down her body to her loins, every time she went to open her eyes she had to blink to get them to focus again.

Her hand was on the back of his neck holding him firmly, lips trailing from his lips, slowly dragging them along to the side of his neck to his jugular, firmly she bites him, feeling him quiver, hearing him take in a breath, she runs her tongue up to his ear where she then firmly bites it, then nipping it along the edges, sighing she kisses down his neck along his jaw to the other side briefly stopping to bite the front of his neck lightly. He grabs her hair at the nape of her neck bringing her mouth to his again once more. She opens her eyes, she feels her eyes unfocused, almost dopey, as he works along her neck and shoulders, making her moan & sigh. They go back and forth like this for what it seems forever.

“What would you like me to wear for you tonight?” she sighs. They then stop for a few moments & discuss what fetish wear she has, their conversation then turns back to kissing again once more. As he is kissing her, he takes the top side & straddles her on the couch this time, the outfit she knows that will best suit tonight pops into her head… “Ok I think I know exactly what to wear.” her eyes teasing as she speaks. She gives him another lingering kiss & has him dismount with a good swat to his ass. “I’ll be right back,” she says saucily, going to the coat closet to grab the black vinyl halter dress that zips up the front. She tries to shield his view of her choice, giggles & prances off to the bedroom, to put it on along with the thigh-high fishnets, & the calf-length shiny vinyl heeled boots he is so fond of. She decides then that the purple collar will go well with what she is wearing for him, no panties so he has access to her as he wishes, & the zipper also down a bit on the dress to show off the swell of her breasts.

She opens the door to the bedroom & notices he has stepped out to smoke a cigarette. She steps confidently again to the closet to get the intended piece of leather, & drags out her toy bag to just behind the couch. She opens up the compartment and as she stands up straight again she notices the blinds in the kitchen are open. She strides over to close them, turning she sees the cherry of his cigarette in the darkness. She wonders if he saw her. She was about to put the collar on & then decided she would present it to him, as well as herself. She then kneels, in the doorway & places the collar on the floor in front of her, & looks to the floor. He steps in just as she straightens it, ” I see you decided what you wanted tonight.” she hears his pleasure. He bends over & plucks the collar up, she lifts her hair up so he may put it on, never kneeling as she had seen others do before. She feels her heart warm & her respect grows with this small action. After he buckles it, he tugs firmly on the ring, “Stand for me.” Her heels make her taller than him by a few inches, she feels the wonder of it for a split second, as he pulls her in to kiss her again once more.

“Do you have a scarf?” he asks, “Yes, in the bedroom.” “Go get it.” She slowly walks so he may admire her as she goes to get the scarf & wonders what he will do w/ it… Her first thought is that he will tie her hands together w/ it. She comes striding back w/ a black polka-dotted sheer scarf that once was a belt to a pair of pants. ” Well that’s not fair, you can see through this,” he states. “I do have a blindfold would you like me to get that instead?”, She does not wait for his answer she just turns & opens the closet for the third time tonight, opens a compartment on the front of the tackle box on the top shelf. ” I have never used this, will this do?” His eyes are dancing as he replies w/ a simple, “yes.”. She hands it to him & he puts it on her, adjusting the straps to make it snug so she may not see. She realizes she trusts him and then decides to close her eyes behind the blue satin as well. He gently maneuvers her around the room until she is in front of the chair in the living room next to the couch. He turns her several times to disorient her a bit, she feels the red bamboo carpet under her heels crackle pleasantly w/ each step.

“Time to sit.” he guides her to the very edge of the chair making her balance a bit w/ her feet spread & in front of her. “Put your hands here.” placing them on the edges of the chair’s cushion “Keep them there.” By now he is touching her, caressing her. He is behind her she thinks, she feels his breath on her neck, then her ear. He whispers each word dripping w/ honeyed promise; ” I want to touch every part of you…” switching to her other ear ” I want to get to know every bit of you…” His lips in her other ear again, ” I think about you often… There are days I miss you in my bed beside me when I am alone, other days I do not… I saw you flipping your hair the other day as you drove in your car in front of me… I was wondering what music you were listening to… I like the color of your hair… I like the way your hair catches the light… I like when you get cocky… I like when you get scared… I like our conversations… I like it when you are strong… I like it even when you are not sure what you want… I notice the little things you do for me… I like to see your eyes when you are happy about something… I like to pleasure you… I like to watch you cum… I like to watch you masturbate for me, I think it’s sexy” By then she just touches her cheek to his as he slides to each ear, as he brings her awareness to only him & what he is saying. Then he is silent, in front of her, his hands are on her again, slipping down to her hot, soft shaved pussy. He rubs her clit w/ just the right amount of pressure, w/o hurting her, the way she likes it. “She never had to show him how he has always just done it right for her.”, she briefly thinks to herself.

She notices her zipper has slipped down a bit further, than where she had left it exposing the swell of her cleavage more to him. “I love this dress.” She says as she teases him by pulling the zipper back up. He starts kissing her again & tugs the zipper down all the way exposing all of her to him slips it down her arms taking it off & puts it folded neatly over the chair. She is standing before him in boots, collar, & thigh highs. He grabs her collar & starts kissing her more deeply. She smiles when the kiss breaks for a moment breaks and slides down the front of him to her knees. She looks up at him as she mouths his cock through his pants, blowing her breath hot through the cloth. ” You may bite it gently w/ your teeth.” He says w/ need in his voice. She gently bites his cock, feeling him lean into her.

Without any further words she unbuckles his belt, unbuttons his pants, & unzips his pants w/ her teeth. He smiles at this. For a moment she mouths him through his briefs, then pulls those down too. His cock is just starting to swell, as she takes him into her mouth, and down her throat as far as she can. She loves the feel of him go from somewhat soft to hard in her mouth, it is intoxicating. She is always trying to swallow him as far as she can, just to hear him moan, but she can not take it all no matter how hard she tries. His legs start to shake, he is hard & he pushes her to the floor to her back, she stays on her elbows, as he lowers himself pants, shoes & dress shirt still on. He is in between her legs positioning himself.

They disengage, the carpet wet from their sex juices… “Wow… floor sex… I can not remember the last time I did that,” she says, giggling. She spreads a blanket on the couch, & she realizes somewhere in this he had lost his clothing except his socks. “Oh you are naked!” She cuddles w/ him & caresses him where ever she can. She enjoys his skin next to hers… Shortly after, they get up, and head to the bedroom, he has to go to work in the morning, she works later in the day… “We seemed to have forgotten dessert, cheesecake & coffee in the morning?” They settle down she is naked between the covers except for her collar, he is in some found pajamas… “One of these days I will get you to sleep w/ me naked & you will never go back.”As she drifts off to sleep,” Goodnight sweetheart, sweet dreams.” She whispers.