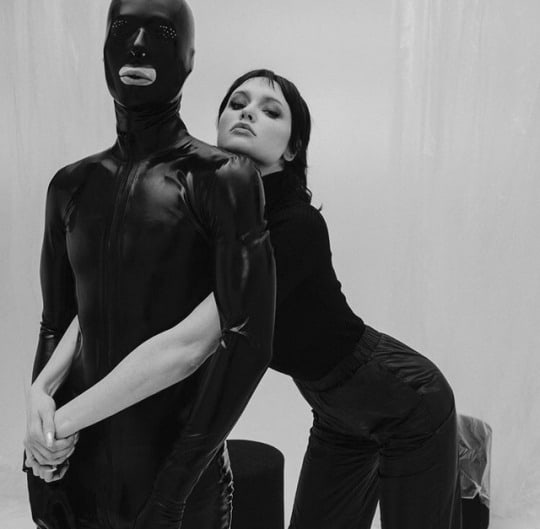 During a lovely evening, a topic was broached about the responsibilities of the Domme and sub in any given scene. It appears that somewhere through the evolution of our scene, a fundamental principle has been obscured a little, so perhaps I may shed a little light on the subject.


Mistresses into tease and denial near

The question is, what can a submissive do to enrich the scene experience? In this case, I will refer primarily to Dominants playing with submissives, though slaves and bottoms are also included. I am not speaking necessarily of masochists and sadists, as that is a slightly different relationship and is the topic of another article.

Before you even begin

The very first concept that must be grasped as we examine this question is that some scenes should not be comprised exclusively of what a Dominant wants – neither should they be made up exclusively of what the submissive wants. Rather, the act of pre-negotiation – which is to say, discussing the scene before you ever enter the play space – should establish common ground with mutual interest, and it must also include hard uncrossable boundaries and areas that are potential play-zones, should the scene call for it.

Once this negotiation is established, the idea that it will simply “play out” and that it is made up only of the Dominant “doing things” to the submissive must be thrown out. If the submissive does nothing to add to the scene, then it’s very much like having sex with an unresponsive lover – boring, frustrating and ultimately unsatisfying to both partners.

More than relaying your boundaries – using your safe word, specifically – you should be willing to respond and provide feedback when requested. However, there are many different types of communication, and to keep a scene going – again, with an eye towards mutual satisfaction – you should be familiar with these variations and use as many of them as are appropriate.

We first think in terms of words when we consider the topic of communication, and this is definitely an important thing to address. While you do use your safe words to indicate to your Dominant that you are reaching your limits, you can also use “ready words” to show that you would like to progress even further. I recommend “green” as a standard so that there is no confusion, as it fits well with the known standard of “red”.

The second method of communication is body language. Be conscious of the message you are sending your Dominant with the way you are holding y your body. If you are tense, you are inadvertently saying that you are not enjoying yourself. Remember to breathe, to relax between strokes and to allow your facial expressions to relay your feelings. Even if the context of the scene requires you to feel sad or scared, eye contact (where appropriate) and small nods can let your Dominant know that you are truly enjoying the experience.

Lastly, take part in the scene actively. If you’re role-playing, work hard to immerse yourself in the role you’re playing. Be that naughty schoolgirl/boy, express the fear of the captured spy, show the confusion of the victimized patient. If you are playing straight scene work – bondage, flogging, spanking, CBT or anything else that does not require a scenario – respond to your Dominant’s directions quickly, volunteer yourself to the work being done, and actively engage in the play.

Why is this so important?

As in our example above, a Dominant playing with a “dead fish” submissive is not terribly satisfying in most cases. True enjoyment of a scene for both parties comes from a mutual resonance, a common delight in the fetishes being shared. In Dom-sub scenes, there exists an intimate relationship that requires both parties in order to be satisfying.

As I have used that word a lot, let Me define “satisfying” as a Dominant would experience it. For a session to be satisfying to a Dominant (and I use Myself as the main example here), we must feel that the submissive has achieved a level of completion, a fulfillment of their desires. Sometimes that fulfillment is accomplishing a certain level of pain, or perhaps it would include realizing themselves as the opposite gender. It could be playing through a scenario to its logical conclusion, or it could be finally going past the elusive and difficult-to-describe “sub-space threshold”.

This is equally important in a professional scene as in a lifestyle scene. A Pro Domme reads your feedback, and if She/He gets the idea that you’re just not interested, She/He is not going to be as invested, either, and you definitely won’t get what you want, and then you’ll end up feeling like you’ve wasted both time and money. And in a lifestyle scene, going “dead fish” diminishes the probability of continuing to play with that Dominant in the future, because what’s the point, really?

Dominants operate as much on an empathic link with their submissive as they do on the execution of their own interests. While this is also true in the sadist-masochist scenario, it is a little different, and (again) the topic of another discussion. Not all Dominants are psychically endowed, however, and it’s up to you to provide the data they need to conclude that you are not just in the scene but taking part in the scene.

Last Updated on 11 months by pseudonymous