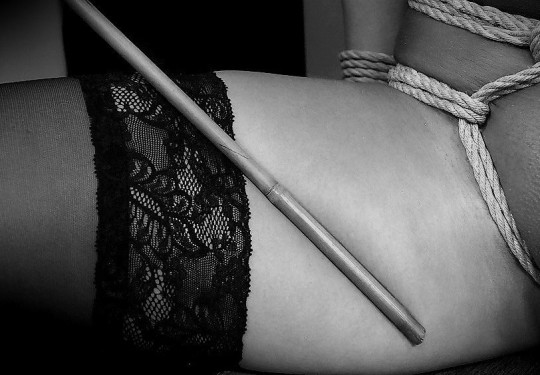 Alan didn’t know when it happened… Whether it was whilst he was forcing her head onto his cock, whether it was at some point during the night or if, in fact, it was one of those many, guilt-ridden, minutes in-between… but at some point, his anger got the better of him.

Find your little near ?
He had never been an angry a man, he had spent his life keeping his emotions in check – a trait he took pride in. He was the person people came to for advice, the calm beacon in a raging sea. But she had done it… and he knew there was no going back.

The house was calm the following morning, a stark contrast to how Alan felt inside. He kept his cool though… throughout breakfast and the seemingly inane conversations that took place around him. He scanned the articles in the newspaper – not really reading any of it, but determined not to catch Felicia’s eye. In fact, he was so quiet, that for the first time – in seemingly an entire age – the three women in his kitchen stopped talking and listened the moment he opened his mouth…

“I was thinking of going to the tank museum today.”

“Its an integral part of our past young lady. I think it would be good to show Felicia a bit of British history…”

This time he glanced across the table at her, she was chewing slowly on a piece of toast, crumbs on her forefinger and thumb, thinking, had she cottoned on already?

“But we’ve been like a gazillion times Dad!” Holly moaned… overly dramatically, he couldn’t have wished for a better reaction if he had given her a script!

“Well, you don’t have to come if you don’t want to Holly, but I think it would be an interesting day out for Felicia.”

“Your father is right Holly, this trip shouldn’t all be about sunbathing and seeing boys. What do you think Felicia?”

Alan’s stomach churned at his wife’s voice, the voice of reason. If only she knew…

“Well… is it really boring?”

“I actually found it quite interesting…” Laura was on his side, she was fighting his corner. Guilt overwhelmed Alan, but he tried to override it.

Felicia looked directly at him. He tried to keep his cool, tried not to let his guard slip… “I think you would enjoy it…”

Twenty minutes later and they were sat side by side in Alan’s car, having left a calm Laura and a relieved Holly at home…

“I guess, but please don’t tell me we are actually going to look at a load of boring old tanks, Daddy…” Felicia placed her hand on Alan’s knee as he drove, his cock was already hard at the thought of having her to himself for the day…

“Of course, you’ll need to see some. But I think we can probably make a detour…”

“Ooooh!” She removed her hand from his knee and clapped her hands together with glee… “I’m excited, Daddy!”

Alan simply smiled as he focused on the road ahead if only she knew.

Nearly an hour later they were in a town forty miles away from home and five miles from the museum… the distance was important to Alan, he needed to not be recognized, by anyone. He looked at her reflection in the shop window, she did look small in comparison to him… and if she kept her mouth shut, she could very well be his daughter…

“I don’t like these clothes Daddy, can we go somewhere else?”

“No.” His voice was calm. “Your new outfit for the tank museum comes from here.”

“But they are all so…” Her reflection scrunched up its nose…

He had noticed that Felicia had gone uncharacteristically quiet whilst they browsed the store, but he didn’t let it deter him. She wasn’t choosing clothes, so he picked out an outfit for her and demanded she go and try it on. Waiting outside the changing rooms he checked the time – 10.26… his cock stirred in his trousers at the thought of the hours ahead.

“It looks awful…” Felicia’s voice stirred him out of his thoughts, she thrust the chosen clothes into his hands and frowned.

And without another word, he went up to the counter and paid.

On the way back to the car, Alan took Felicia into a chemist and bought her new makeup. He hadn’t seen the outfit on her little body yet, but he was forming quite a good picture in his mind. There was a small, smug kind of satisfaction that he took from her quietness, she lagged behind as they walked and her hand no longer slipped into his. He was pissing her off, and his plan was working.

“What do you think you are doing?”

“Oh no… you get changed first, young lady.”

He watched her expression change, her small grey eyes flicked around the car park. It was busy, busier than Alan had anticipated.

“There are public toilets behind you.” He stated calmly “Go and get changed, put your make-up on and come back to the car. I’ll be waiting.”

She frowned as she slammed her door, he was going to enjoy this.

Ten minutes passed, Alan sat in the cool of his air-conditioned car, shoppers passed by – some leisurely, lovers with fingers intertwined – others rushing, the heat getting to them, children screaming out of frustration, mothers wanting to scream themselves. But all the while he kept his eyes on the little digital clock of his dash, she was taking her time…. He drummed his fingers on the steering wheel and changed the radio station. His cock was hard when he sent her off to get changed and now it was softening again, he wanted her back. She was right, he was starting to crave her…

And then there she was. He turned his head for the seemingly billionth time to glace in the direction of the public toilets and she was there… walking towards him. A denim skirt so short that it was almost obscene, a strappy vest top, hair in pigtails and what looked like half of a make-up counter on her face. Her legs looked amazing, long, slender and smooth.. she wore little flat shoes, a detail he hadn’t considered, but he didn’t care. She was his toy for the day, and he was going to have a lot of fun.

“You look like a common little slut.” He said as she got into the car beside him. He saw her little body stiffen, but she turned to face him…

“Well Daddy, it is what you wanted…” She had got some of her bites back in the last ten minutes and Alan was slightly relieved, he liked to play, not to bully.

He chuckled to himself and started the car.

“Well, its just as well its a hot day sweetheart, we wouldn’t want you getting cold now.”

“What would you care?” She spat back, staring out of the passenger window.

They were back on the main road now, nearing 60mph… Alan reached across and grabbed a fistful of her hair, taking her by surprise. “I don’t”

He let go, pushing her head slightly, causing her hand to shoot up to where the pain was.

“You see Felicia, I don’t take kindly to being teased, bribed, threatened… all in my own home, all under my roof…”

“You took kindly to fucking me though, didn’t you? You dirty old pervert…”

Alan laughed, “You really think talking to me like that is going to help you today? Take your knickers off.”

“Take your knickers off, or I will stop this car and rip them off. Do it, slut.”

She moved slowly, begrudgingly, and slipped the thin silky material off over her knees. Alan held out his hand and she placed them in his palm, he threw them out of the window.

“Good, now your bare little cunt is exposed. What with the length of your skirt… I don’t think you should do any bending over today sweetheart…”

“Take me home Daddy, please?” For the first time, Alan could sense real worry in her voice “I promise I won’t tease you any more, please just let me put my normal clothes back on…”

“You really think I’m going to believe that? After everything you have done over the past few days?”

“No. You can’t act the way you have an expect to get away with it.”

Alan steered the car into the entrance to the tank museum, his heart was racing as they pulled into a vacant space at the edge of the car park. Was he going too far? For the first time since they had left home, doubt started to creep in… He glanced across as her sat in the passenger seat. She did look small, sat there dressed as a slut, vulnerable…

“Are you getting a good eyeful Daddy?” she shifted in her seat, her tone unfriendly and with the familiar bite, the same tone as when she sat next to him on his bed and bribed him, she wanted him to be angry, she had said so herself… It reignited the dwindling ember of anger that sat within his stomach and he leaned in close to her, whispering in her ear…

“I wouldn’t normally touch a dirty little whore like you with a bargepole.” He forced his hand between her thighs, making her gasp “But seeing as you’ve been acting like such a desperate, dirty, little slut… you really have left me no choice.”

He pulled his fingers away, wet with her juices and immediately forced them into her mouth.

She locked eyes with him as she licked his fingers clean. He wanted her, then and there. He wished he had driven them somewhere more secluded, wished he had booked a hotel for an afternoon, wished there weren’t so many people milling about – seemingly everywhere. The next few hours where going to be a test to his stamina as much as they would be a punishment to her… but he had to remain in control. She wasn’t going to get the upper hand… not again.