Skip to content
HomeA quick guide to the Dominant mind

Submissives believe it is very simple

I hear it spoken again and again by submissives and slaves alike that they need to know that their Dominant is enjoying what they are doing. I often get emails that say something along the line of – “use me and abuse me so long as you are enjoying it”. Or “I just want to serve you, I will take anything you want so long as it pleases you”.

What they are basically saying is: it is all about the Dominants enjoyment – but then in the same breath they provide you with a list of activities they want the Dominant to perform on them. To me that is like going to a restaurant and ordering a steak medium rare with a side dish of sautéed onions, a baked potato hold the sour cream, with a dry martini, stirred not shaken and then telling the waitress that everything they want is for the waitress’ enjoyment and that they are only there to please her by placing such an order which she is then required to dish out… what is wrong with this picture??? Even if she loves being a waitress odds are she won’t see it as you serving her – she will see it as her serving YOU.

There is something very wrong with this picture but it is the most common scenario that is played out every day by those shopping for a new D/s or S/M play partner. It is one thing to have kinks and interests in kink – it’s another when you come complete with a list of the things you want to be done to you and expect someone who is suppose to be Dominant to comply with your demands because you need it…. That is not a power exchange that is using a Dominant without regards to what the Dominant needs or wants.

So what does a Mistress/Master want?

Choice & Respect. The freedom to choose for themselves not only the activities they will explore, but also when, where, and for how long. A Dominant needs to know that their efforts are not wasted on a slave or submissive who will not reciprocate for their attentions given. A Dominant does not come with a menu where you get to pick what you want; the Dominant does the picking within your boundaries or limitations. Without that freedom of choice, the Dominant is nothing more than an obedient top complying with the submissive/slave’s orders.

To start with let’s review what a Dominant puts into a scene for a submissive or slave. They first must analyze the potential partner to see if there is enough mutual interest worth exploring. They then spend time getting to understand their submissive or slave so that they have an idea of where boundaries need to be drawn or limitations (from health-related risk issues to psychological quirks to previous bad experiences or trauma). Once they reach that stage of having a rough idea of what the submissive or slave in question will be able to handle they can move into their first scene. During this initial interview stage, the Dominant may choose to begin teaching (or training) the submissive in their preferred protocols and rules. Some Dominants have strict rules others are more interested in screening and thus put very little focus on rules. Once the Dominant has decided to create a scene however the following takes place…

It is a never-ending work to be the authoritative

he Dominant usually provides all the toys (its rare that a submissive or slave will bring anything at all – they just assume the dominant not only has all of it but is willing to share it freely with them).

The Dominant is usually expected to dress the part (again it is rare that a submissive or slave will contribute anything towards having their dominant “look” a certain way – they just expect it to be worn for them freely). 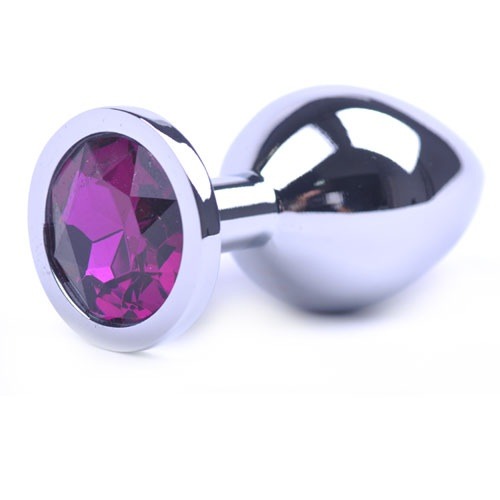 The Dominant plans the scene and sets up toys or equipment as needed (occasionally a submissive or slave will help set up a scene, but more often than not the submissive is more interested in kneeling and waiting for the Dominant to command them so there is rarely any assistance).

Only then does the Dominant begin actually playing… if you have never swung a flogger or used a whip many of these toys require a great deal of physical effort on the Dominants behalf.

Then the Dominant packs up the toys and cleans up the play area (usually while the submissive or slave is resting).

So why would a Dominant do all that just for a submissive or slave?

what do they get out of it?

The answer is many-faceted but to start with they are obviously kinky. There is something incredibly powerful about having someone place their life in your trusted hands. Talk about a great ego booster. In addition, there is the sadistic fun of tormenting someone’s body that actually enjoys having it tormented. It is an outlet for many emotions that stay pent up normally. There is the endorphin rush that comes from physical exercise (like percussion type play) which makes a Dominant feel good. There is the satisfaction of see just how far you can take a submissive or slave. There is the thrill of pushing them hard enough to get a great reaction out of them (or zone them). There is that godlike power rush that is incredibly intoxicating through it all. And the most thrilling part (at least for me) is that energy exchange that takes tantric erotica to a whole new level.

But all that “good”, “thrilling”, “power”, “endorphin”, “satisfaction” will disappear in a heartbeat if a Dominant feels used. And unfortunately, that happens more often than not. If a Dominant chooses not to scene with you again odds are it was either because they did not find it gratifying (wrong personality fit for these kinds of activities) or they felt used and thus their Dominance was taken away from them in the scene and they ended up becoming servants to your needs.

There are ways a submissive can “give” back thus keeping the power exchange as an exchange, not just a “do me” that leaves a Dominant feeling used.

Here is a list of just a few ways that a submissive or slave can contribute to their sessions with a Dominant:

Providing refreshments that are presented in a visually appealing way is one simple thing a submissive or slave can do. A bottle of water, a cup of ice, a beverage of the Dominants choosing, some fresh fruit that the Dominant enjoys, finger food that they can grab during a scene to keep their energy up (such as chocolate strawberries)… all laid out on a nice serving tray with a cloth napkin, lace doily, and a rose is a lovely way to tell a Dominant that their efforts are appreciated and that you are returning an effort to see to their comfort during a scene (since obviously, you won’t be able to care for them during the scene).

Bring new toys – I have never met a Dominant yet who didn’t thrill at the opportunity to try out new toys. Just keep in mind that the longer the toy the more experienced the dominant needs to be in using it so if you buy your Dominant a 6 foot bullwhip odds are they will NOT be using it on you any time soon – they will need to practice on their own till they master the skills necessary to safely use this toy. This does not negate the value of the gift however – Dominants love toys. If you think about how much a Dominant spends just to have a decent toy bag for scenes, then buying that $40 to $200 toy for their pleasure makes sense. Also, keep in mind that if you were going to pay for a pro-domme you would be paying $300 per hour minimum. Your Dominant not only does it for free, but they love doing it. Why wouldn’t you give them something in exchange for all their attention?

Bring fet clothes – for either you or your Dominant to wear. Most Dominants have a limited wardrobe strictly because of the expensive price tag normally associated with fetwear. North Bound Leather has a registry (online) for Dominants where they can pick what they like select the right sizes and any submissive or slave can buy it for them. Like a bridal registry – you end up getting exactly what the Dominant likes in just their size. Also when they wear it they will be reminded of you.

Inexpensive accessories – towels, sheets, drop cloths, blanket, candles, music CD, first aid kit, disposable gloves, condoms, lubricant, etc… are all things that a Dominant should have on hand during a scene so why not help provide some of these things instead of expecting the Dominant to provide it all.

If you are financially strapped then give what you can in effort and inexpensive gestures to show your respect for your Dominant and your appreciation of all that they do. If you can afford it then help your Dominant obtain the toys you would love to see them own or the clothes you would love to see them wear to enhance your visual pleasure during a scene.

In other words, don’t be a freeloader – it leaves a Dominant feeling used.