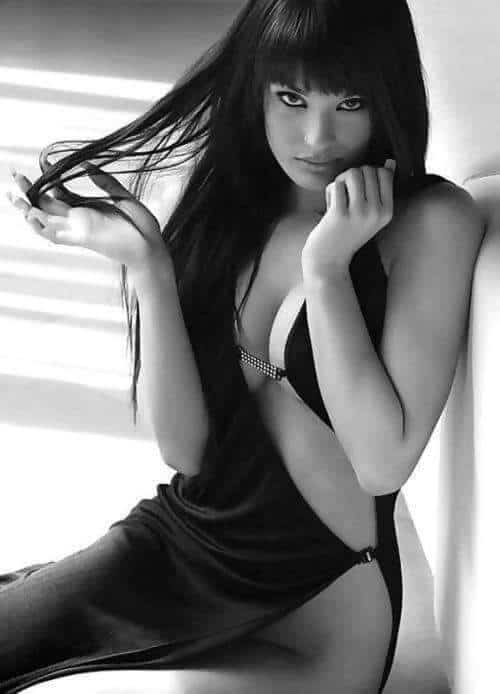 “Are you nervous?”
Morgan dropped her car keys twice before finally sticking them in the zipper pocket of her purse. She wished for the fifth time since she’d left the apartment that she hadn’t worn her new boots. The first time in 4 inch heels was always murder.
“I’m not nervous. I’m – curious.” She grabbed the handle of her roll around cart and swung her bag over her shoulder. The wind picked up the edge of her sheer skirt and exposed her buttocks to the autumn air.

The auction was painfully slow to proceed. Morgan stood with more than two dozen other participants, some she knew and a few she’d never seen before, as Derek grabbed the microphone and played master of ceremonies, ushering each one out by turn and offering their skills to the audience.
“Welcome everyone, to Cirque d’Noir’s annual charity auction! We’ve a long list of promising prizes waiting to be used and abused so we’re going to begin in a few moments. Please if you haven’t made your bids yet, there are slaves walking around selling tickets. Make those bids now. And if you’ve already made bids, keep in mind this is a charity auction! All proceeds will go to St. Jude’s Children’s Hospital so please bid some more! The more tickets you buy, the better your chances of winning the person you want for the night!”
Morgan felt uncomfortable as she waited for her number to come up. She was standing next to a book mark of a woman wearing nothing more than patent leather strips covering her privates. Morgan felt as if her hips were spreading, getting wider by the second. Her corset seemed to bulge over her waist, exposing every roll and wrinkle. This was a mistake, she thought. Derek was right. I’ve got a big mouth, she thought. She spotted several female dominants who’d love to watch her squirm. They were all holding tickets. Could they have bid on her just to make her suffer in public? Am I that much of a jerk, she thought. Her heart skipped a beat when she realized Derek had called on number ten.
“Here we have Haley, a lovely little pain slut I’ve personally beaten. I can promise you her tolerance for pain is high, but her ability to control herself is low. Let’s see who the winning bidder is.”
The blonde boy rolled a plastic bingo ball that sat on a chair on the main platform. Haley, a plump girl in her early twenties stood uncomfortably clutching at her short black dress. Morgan spotted a tear in the girl’s black stockings just below her chubby knee.
The colorful raffle tickets spun three times and the boy reached in, plucking a yellow ticket from the bowl. He handed it to Derek, turning his back to him, baring his leather sheathed buttocks.
“And the winner is: “ Derek used both hands to slap out a drum roll on his boy’s ass. “Mistress Raven! Raven, come collect your eager prize.”
Morgan noted that Haley looked disappointed as the large woman stuffed into a black lace cat suit led her from the stage.
“And next is number eleven,” Derek shouted, sounding more like a game show host than a leather master. “Number eleven, step up to the platform.”
Morgan stepped up without hesitation. The flood lights hit her and she suddenly realized her skirt was too short, her legs too heavy and her breasts were nearly popping out of their leather cage. She swallowed hard and blinked at the crowd.
“Here we have the lovely Lady Morgana, a lusty dominant, ready to be pawned off to a lucky bidder. “
Derek’s boy reached into the bingo ball and pulled out an orange ticket and handed it to Derek. Derek turned the ticket over and silently read the name. His face split into a wide, toothy smile.
“And the winner is –William Glenn! Will, step up and collect your prize.”
The crowd broke into a series of cheers and jeers. Morgan’s heart beat faster. Who the hell was William Glenn? She peered into the audience, looking for the man with the winning ticket.
Out of a sea of black leather and bare flesh, a large man stepped forward. He was wearing what could only be described as a Hawaiian shirt, aqua and yellow in color and a pair of chinos. Morgan flinched. This was someone she didn’t recognize. He didn’t even look like he belonged at this gathering. His hair was sun-bleached curls, hanging well below his collar. His beard was dark and grizzled. The lights flickered off the thick lenses of his glasses as he stepped up to the platform.
A grinning Derek grabbed the man’s hand and helped him onto the stage. He was a big man. A very big man. His chest was broad and the suggestion of a pot belly pressed against the colorful shirt he wore. Up close, he looked older than Morgan first thought. From the audience, she thought he looked like a college student. Closer he reminded her more of a college professor.
“Will, congratulations. The Lady Morgana is yours for the night.” Derek put a gentle arm around Morgan’s shoulders. When she didn’t budge, he dragged her forward, her boots skittering on the wooden floor.
William Glenn simply smiled and gestured with one hand for Morgan to follow him. Morgan looked up at the audience and could see Gwen and Paul standing in the back by the bar. Gwen waved and motioned towards Morgan’s roll cart to show her she had her bags in safe keeping. Morgan blew a puff of air across her lips in disgust as she trailed behind the man who won her for the night.

The remainder of the night she spent in Glenn’s lap. At one point he turned her over his knee and removed the plug, massaging her rectum with his thumb. He left her dangling over his knees, stroking her buttocks like he would a pet dog. Morgan simply lay there, limp. Her bruised buttocks burned. She actually felt content and for the first time that night, completely safe.
The warehouse was growing quiet and Glenn patted her ass.
“Let’s go.”
She struggled to her feet. He removed her cuffs one at a time, placing them on the table. Ben whisked them away, storing them in one of the leather bags.
When he was done he took her face in his massive hands and kissed her on the mouth. Morgan kept her eyes open. She felt a little dazed.
“I know I enjoyed this,” he said, running his thumb over her lower lip. “Thank you for a lovely night.”
He released her face and turned away. Ben hefted two of the bags and Glenn hoisted the other over his shoulder. He chucked Morgan under her chin and winked as the two men walked past her.
Morgan stood for a moment unsure of what to do. Her hand fled to her face, stroking her mouth and chin. She ran her hand down her throat where it fell on the locked collar Glenn had placed on her neck earlier.
“Wait!” She called after him. She ran through the crowd, looking for the back of the colorful Hawaiian shirt as it receded through the throngs of men and women dressed in black. Glenn was nearly at the door when he turned, an inquisitive look on his face. “Master Will?”
He smiled. “You can call me Will.”
She stared into his eyes. They were azure crystals in the dim lights of the doorway.
“Oh, okay – Will,” she fingered the leather strap around her neck. “You forgot this.”
He nodded, “you want me to remove it?”
Morgan laughed nervously. “Well, you do have the key.”
Glenn nodded again and set his bag on the floor. “Do you want me to take those off too?” He motioned to her breasts.
Morgan glanced down. She’d forgotten about the nipple clamps. The moment her eyes fell on them they seemed to grip her nipples even tighter.
“Oh, shit,” she laughed and immediately regretted swearing in front of him. His eyes glittered and a small smile played at his lips. “Uh, yeah. I guess I should take them off.” She moved to remove the clamps.
Glenn grabbed her hands. “You’d better let me do that.”
Obediently, Morgan allowed her arms to fall at her sides. Glenn placed one hand under her breast and removed the first clamp. As the blood rushed back into the tissue, Morgan felt a wave of agony travel from her nipple up into her jaw and down to her groin. Her knees gave out and she gasped. Glenn caught her in his arms. He palmed her breast and began to massage the nipple.
“You okay?” He turned her around so her back was pressed against his body. His arms surrounded her. A delicious warmth filled her cunt and her clit screamed for relief. Morgan nodded, moaning. She was panting.
“You ready for me to remove the other one?”
She signed and shook her head no. She heard him laugh. He pulled her close and said, “take a deep breath, baby.”
Morgan inhaled. When her nipple was released the pain was incredible. She fell back against him and heard herself cry out, “ohmigod!” Glenn gripped her breast and rubbed the nipple between his thumb and fingers. He kissed the back of her neck, his beard scrubbing her skin.
“That’s my girl,” She threw her head back and allowed the waves of sensation to wash over her. He found her mouth and pulled her close. She was gripping his hands, pulling them tighter around her, pressing them against her throbbing nipples.
Glenn slid his lips down her throat, catching her chin between his teeth. He pressed his face against hers and whispered, “do you still want me to take off the collar?”
Morgan clung to the big man’s arms and breathed back, “please – don’t.”