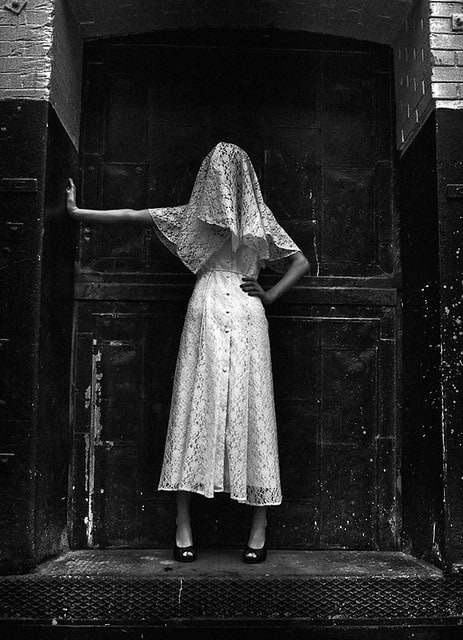 It was fourteen years ago when I first met Bob and Dee. My wife and I were on a trip to South Dakota to met her brother and his wife. We arrived the same day in our motorhomes and Bob and Dee were traveling with them. We kicked around the Black Hills for 2 or 3 days before going our separate ways. I didn’t remember too much about them except that Bob carried a camera with him everywhere he went and I thought he was a nerd. As for Dee, I remember she had big boobs.

Over the years I knew my in-laws had become great friends with Bob and Dee. They did most everything together including camping, vacations and hotwife captions. This past week my sister-in-law called and said they were coming to town and wanted to stay with us for a few days. She said they had Bob and Dee with them.
They arrived on Tuesday and said they planned to stay until Saturday. My wife was at work when they got here and she wasn’t off until about 10 PM then she had to go back the next morning at 6 AM. It was my place to entertain the company.
We have an extra bedroom and I told my SIL that someone could use it instead of all four of them staying in the motorhome. She suggested that Bab and Dee could stay inside with us.
I am a young Senior and Dee is my age while Bob is eleven years older. Our visits the first night were enjoyable and I found Bob wasn’t the nerd I thought he was. Dee still had a nice body and even tho her boobs weren’t big like I remembered they were nice. The rest of her body was nice also. We talked about many different things and I showed my web site I have build. She seemed to be really interested it in. Bob was extra tired from traveling and wanted to turn in about 10:30 so they went to bed before my wife got home.
I always get up with my wife so the next morning I was up at 5 AM. After she left for work I was sitting in the family room at my computer when Dee came in. She walked up and stood beside me saying she would like to see those pictures I was talking about last night. She was still in her robe.
As I clicked on the pictures I wrapped my arm around her legs and kinda held her there, she didn’t seem to mind so I started exploring.
First I run my hand up and down her thigh on the outside of her robe then I let my hand rub over her ass cheeks. Again she didn’t move or try to stop. me so I got a little braver. I ran my hand all the way down to her ankle and as I started back up I went in under the robe. Now my hand was on her bare shin and she sure felt nice. Slowly I worked my way up to her cheeks again where I felt her panties for the first time. I pulled at the legs until my hand was under them cupping her bare ass cheeks.

I knew Bob should still be in bed and the bedroom was in the front of the house. The way my computer sits, we were there with our backs to the family room entrance. I guess he could have walked in on us at any time.
Not a word had been said so I run my hand down letting my fingers trail Thur the crack of her cheeks as I slid my hand between her legs from the rear. She moved a little while spreading her legs for me. I liked the way she was been submissive to my desires.I pushed my hand between her legs and into her wet cunt. It was hard from that angle to get too deep in her so she turned toward me resting her hands on my shoulder, I reached in the front of her panties where I finger fucked her a few minutes before hearing a noise. Bob was up and about. We broke apart right before he walked into the room. She asked me if she could use my wife’s computer to check her email, I said sure.
About an hour later my Sister-in-law wanted to go out for some city shopping so we all loaded in her car. Dee was in the back seat between Bob and I. It was all I could do not to take her in my arms and kiss her while feeling her nice body. We were out and about all day then we met my wife for dinner before going home. Like the night before everyone visited late into the night. After they had all gone to bed I logged on to check my email and this is what I found.

Dear Jack,
It has been so long since a man has touched me the way you did and I thank you for it. I didn’t know what I have been missing lately until your fingers entered me and brought me to orgasm. I hope our few days together can be satisfying for both of us.
Dee

In bed, I stroked myself before going to sleep.

The next morning I was up early with my wife as she dressed for work. She had just left when Dee came into the room where I was at my computer again. This time she walked up and stood facing me.
“I couldn’t sleep last night while I was thinking about you,” she said smiling.
“I’m sorry,” I responded as I reached under the bottom of her robe again. I moved my hand up her legs and as I got closer to her pussy she started spreading her legs for me. I wasn’t surprised when I felt her and found she didn’t have her panties on. She took my fingers like any Slut Wife should do then she bent over and lightly kissed my lips saying, “I wish we could find a way to fuck while I am here.”
“I wish we could too but I don’t know-how with everyone here.”
We don’t have to worry about Bob, it’s your Brother and Sis in law that we will have to worry about getting away from. Bob knows I’m out here now trying to get you to fuck me, in fact, he suggested it. We talked about it when I couldn’t sleep and I told him how you felt me yesterday.”
Her pussy was already getting wet from the fingering I was giving her. Her clit was hard and growing under my thumb. “If Bob doesn’t care and they are still in the camper why don’t you sit in the recliner and feed me some breakfast? It’s safe because they can’t get in until I unlock the door.” She pulled away and took a seat. She sits on the edge of the recliner and I knelt in front of her. Slowly she unbuttoned her robe from the bottom up for me.The smell of her juices gave me an instant hard-on as I buried my face between her wide open legs. I pulled her closer to the edge so I could get more of her. I licked from her clit all the way down through her slit to her ass where I tongue fucked her before going back up again. Then I started down again and she laid her legs over my shoulders, which gave me better access to her asshole. As I got close to it she pushed my head down and whispered, “Oh please, I’ve never had a man do that before, OH YES TONGUE FUCK ME!”
As I rimmed her hole she was holding my head in her hands and moaning with pleasure with every lick. At that time there was a knock on the door, it was my Sister-in-law. She said they were going to go get tires on the motorhome and wanted to know if we wanted to come along. Dee said she wanted to stay and do some washing but Bob could go. She went and brought in their dirty clothes. Soon we would be alone.

It was almost noon by the time they left. Dee had already put in her last load of wash and she was in taking a shower. As Bob left he stopped at the door and said, “enjoy yourselves.” I’m sure he knew we were going to fuck. I stripped and joined her in the shower. She was so beautiful and sexy with all the water running over her. Her nice big tits were creating a waterfall.
I took her into my arms and pulled her close. As I did I could feel her giving herself to my desires. I cupped her nice ass in my hands and let my fingers play in her crack. Slowly we kissed and I slipped my tongue deep into her open mouth. She started sucking my tongue and I felt her hand exploring my cock and balls. As she scratched my bag with her nails it sent excitement Thur-out my entire body. I rested a foot on the side of the tub to give her better access. My fingers were playing up and down her ass crack. She shuddered as I stopped to press ageist her rosebud. My finger started to enter her and as it did she sucked harder on my tongue. As my cock got harder she stroked it fasted and fasted. I knew I had to stop to keep from having premature ejaculation, As I pulled away she said, “I want you to fuck me, I want to feel you deep inside of me.”
I was laying on the bed when she sits down on my hard cock. Slowly she moved her nice ass up and down as she polished my rod. I could watch as it disappeared in and out of her wet cunt. She leaned forward and we kissed again. We fucked in many different ways before I filled her with my cream while fucking doggie style. After I pulled out cream was oozing from her well-fucked pussy. She turned to me and smiling she bent over taking my cock into her mouth to clean me up. As she licked and sucked I hoped I could get to her again.
As luck would have it we didn’t get together again before they left. As we were saying our good-bye’s I invited Bob and Dee back to visit again.