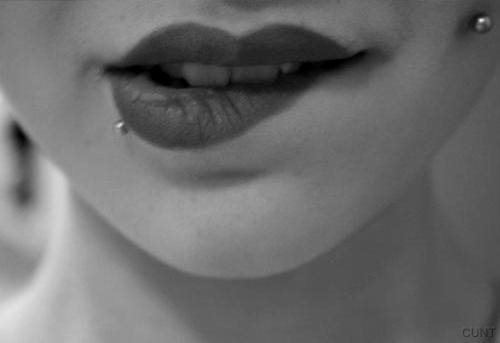 Now before the Doll…In a time not so long ago… in a place not so far away… lived a man that was also a Dom and much to his chagrin and dismay he met a lady that called herself a slave.

“Oh my” Was she ever a very lovely slave, although also a bit young for his tastes, “but what’s in an age if you like the person”, and he was very flattered just as any man would be by her attentions.

So an initial service contact was made and things grew, but she always seemed to be that little bit too nice or too good to be true though He never said a word about such to her about that issue.

Her life evolved, the next new contract grew deeper, she moved far closer, so she could serve even more often and He even got to meet her sister and family. Also as she grew she asked more and more questions from the Dom side perspective which is not a bad thing as He was always ready to answer those questions so she could grow.

Then the trips to her sisters’ house became more often and often times longer where she might miss her regular job a day here or there, but she was with her sister “what harm is there in that” and she always answered the cell phone,or directly returned a call as soon as she could.

She asked to go to a fetish event like a birthday treat, so He saved a bit as the tickets were a little pricey at $100.00 dollars a piece, and he bought two tickets, and put enough extra back just to make the night extra special after all she seemed so good, and it was to be a birthday present.

He gets home and puts away the traded for bootie, and puts the tape where He will remember to watch it during the next day when He is alone. The next day dawns and He is off about His daily stuff and He snaps his fingers remembering the tape and pops it in.

Then just a few minutes into the tape a familiar face appears He shakes his head a bit startled. Weird this gal looks just like His slave. He watches further what the heck she has the same strange birthmark mole in the same place too! He stares in disbelief as the gal Tops and uses toys that look just like His. Then the final straw the gal has an orgasm which is unmistakable it IS His SLAVE!

So Fetish event day comes and He does the million and one details to get ready and fills the truck with gas to and puts a few of His most favored tools and toys in a bag just in case He gets the chance to work out the kinks. After all they are all going to get chucked out, so they might as well have a good night out first too. So He hits the road grabbing a burger and a soda on the way, and He is off to the big city.

He gets there after about an hour drive, and looks for the address passing it once then twice then thinking He saw a kinky person go around the corner He spots “The Place” and parks snatches up His bag and ticket and heads around that self-same kinky corner.

Once around it there is an open door, and security at the back of the old brick building he hands over his ticket as He is indeed in the right place and steps inside. Once inside He checks his bag until later and heads up through the bowels of the building, up and uprising to where the demo is supposed to be going on up in the fetish shop and he notices a strange yet familiar scent something from childhood but it is more intense.

He moves downstairs into the play space where a few are milling and many more wandering in and exploring the other levels, and they announced they are going to be having some drawing for fundraising and one of the items up in the raffle is a scene with a very stunning bottom, and He figures what the heck and buys one of the pricey 20 dollar tickets.

The raffle draws start and He checks his number each time finally the bottom is on the block and drat He did not win, however on the next ticket drawn He wins a very cool M6 gasmask with hood attached in a size of His choice. Then the stunning woman of sight sound and texture from the rubber room takes a seat on the sofa next to Him, and almost gives a pout and says simply. I’m so jealous I really wanted to win that hot hood it would go so good in my collection.

His brow raises, and His mind fires as He is there alone, and He did not notice her being accompanied either. He Smiles softly and says there are allot of other ways to get such a prize for your collection without winning it.

To which she replies “Really” the lovely latex doll smiles and she nearly purred do tell me please how? After all He did come alone, and one last scene would be so very nice. That it would she smiled so erotically and her eyes held such fire and He placed the ticket in her lush gloved hand for her to go collect her new prize.

“The Dance of the Doll”

So I opened My bag the cross was full so I leaned her over the spanking bench but I left her wrists free and slowly began to work spanking her softly first then moving to a light paddling. Then mid paddling she stood up turned and looked at Me with no warning what so ever, and grabbed both My nipples, and drew Me close, and looked right in My eyes.

Then her gaze softened and her upper east coast, but very urban tones softened, Then she smiles and said Master I see what is inside you that needs so badly to come out. If this is to be Your last scene lets consent here and now to non consent just for this scene, and You use me fully as the DOLL I am, and I think Master Your going to need way more goodies then that. To which she motioned to the young security boy, and grabbed her keys and asked him to bring in her 3, yes three bags of goodies.

Needless to say He was shocked how could a woman that just met Him, and knew literally nothing about Him understand what was burning and raging inside. She saw His look and her gloved fingers touched His face and she said it is okay I simply see it in your eyes Master. He smiled nodded and agreed to the no hold bared scene. She whispered one last thing no fluffing please Master give it your all, give me every drop. He was startled as she paused to open the two toy bags and set aside the third bag with her wardrobe changes in it and placed the new gasmask hood on top.

He took a deep breath, and a long moment’s pause, and the then youngish Master said but two words “Okay Doll”.
After opening the bag she turned to the DM and said “This is to be No Hold Bared I’m a Big Doll I Know What I’m Doing Tell the other DM’s Please” with that the DM nodded and said Okay.

He watched her move to open the other bag before she finished He grabbed up the weighty flogger on top of His bag, and took her back and shoulders hard and deep “SWISHING Crack” taking her down full to the floor, then He snatched her up by her tresses barely peeking below the hood literally throwing her against the spanking bench shoving His strong leg between hers and buried it against her sex hard.

Then the heavy thudding spanking began resounding through the room cheek to cheek His hand flew like thunder Crack after Crack falling taking her, claiming her ass hard, and she hissed Yes Your Doll Master “Break Your Fucking Doll” then she groaned low and throaty. Then the flogger again started it swishing sway, His leg still wedged deep in her crotch tight. He worked from the top of her winged back working moving down slowly to those sweet spots of ass flesh, her latex coving nearly all of her. He worked every inch hotter harder deeper, building that sweet intensity.

Then He paused and growled “straddle that spanking bench doll” “Now” get that sexy ass of your’s right the fuck over top of that padded top. She literally dripped the words, Yes Master crawling over the top she was a vision of sight and rubbery sounds as He took the two ankle cuffs from the bag and bound her long sexy legs to the legs of the spanking bench snug and safe. Then He unzipped her catsuit just enough to get to those full breasts and started mauling and slapping each tit, rolling tugging the rock hard nipples, as He looked deeply in her eyes behind the sexy hood, and she said such seductive things, Thank you Master, yes more Master, ummmmmmm so good Master, god yes Master, fuck your Dolly up sweetly she panted please …please… please.

He set down the flogger and picked up the wide tang crop in one hand and the thick birch bundle in the other a crop sweep stroked then pressed her shoulders down into the bench then the birch bundle sizzled through the air “Whoosh Hisssssss” then landed taking her ass and then her plush latex-clad thigh backs “Sizzle” than the soft unmistakable rattle of the birch singing to the flesh it had sung to so deep then sweet. Then the crop taps began to fall on her shoulders and the sides of her breasts “ Tap TaP TAPPP” calling tugging pulling at that inner doll and slut and sweet rubberized whore.

Moving her shifting her through pain and pleasure each sweep of the crop each hissing rattle of the birch taking her hotter higher into those rich sweet shades of mind and soul. He slowly built His pace moving with the shifting music. He paused unzipping her catsuit just to get to those lovely full breast globes to torment them more balancing the bundle and the crop on her back. Hissing in her ear “DO NOT MOVE” for if they fall DOLL it will be your undoing! He reached deep in the bag pulling out the nipple clamps steely and cold slowly tightening one on each hard sexy bud. Getting them just so He tested the hold they had by tugging the center chain between them and smiled as she hissed and nearly spit the words oh FUCK out. He undid that lovely chain from between them then carefully He hung a 3-ounce weight on each clamp each on a two inch long chain. Then He settled her back against the top of the bench watching them swing and sway. Then looked deep into the Dolls eyes and licked her lips whispering now the fun is really going to begin.

Last Updated on 6 months by pseudonymous