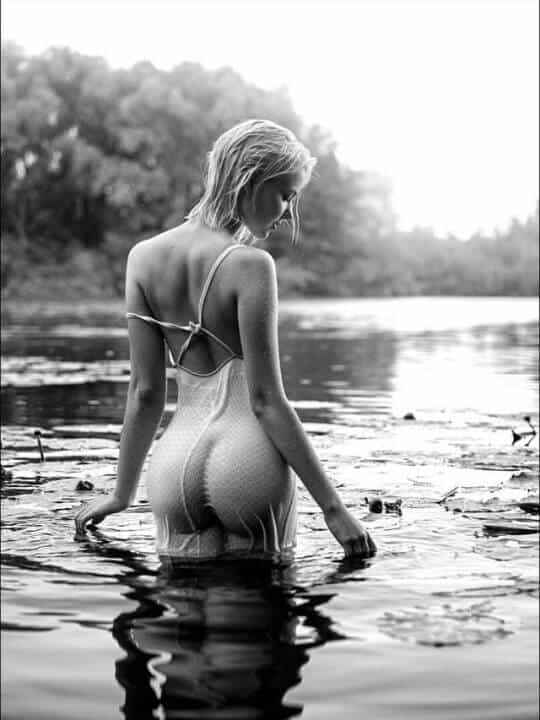 Naked, I sat back on my haunches as She teased my tiny cock. “You will NOT be using this today, sissy. Stand up and let me decorate this worthless thing.”

From some unknown place, She produced a length of pink ribbon. She wrapped it around my cock and balls and fashioned a ball spreader, She went over what was about to be required of me:

“There are two of my slaves in there, and I have been working them over for nearly an hour. I timed your arrival to be right about the time we could all use a break. When we go back into the dungeon, sissy, I am going to work over slave #1 some more. Slave #2 is due for a reward. By the time I am finished, slave #1 is not going to feel like touching his cock for a few days…”
“Now, sissy, I know this is your first time, but I am not going to show any special mercy for you. You need to fully understand what it means to be owned by your Mistress. That means if you hesitate, or only obey in a half-assed manner, I will lay you on your back and use this nasty little penis whip on your cock and balls until the tears run down your cheeks. I might not stop until I make some nice bruises understand?”

“That is right, sissy. I decide when there has been enough punishment – never you. And sissy, if I have to whip you a second time, I guarantee that will not stop until there is blood.”

“Oh, how cute that little clit of yours looks with the nice pink bow! Now, into the dungeon…”

We went into the room. Two slaves, naked, sweaty, and covered with welts waited for Her return. One was face out, tied to a cross. The other was on a table, bright red ass in the air. She leads me in front of the slave tied to the cross and had me kneel facing him. “Slave #2,” she said, “You have earned a reward. This is sissy, and she is part of the reward. This is also to teach her about how we play in the dungeon.”
“Sissy, stare straight ahead. Move-in closer. What is in front of you?”
“His cock, Mistress,” I said in a small voice.
“Yes, his cock. See how much bigger than you he is. Move-in even closer. I want him to feel your breath on the head of his cock. That’s good. In your adult life, sissy, how many other cocks have you been this close to?”
“Only one, Mistress.”
“Well, I have some unfinished business with slave #1. I want you to stare at the cock, sissy, and imagine what I am going to let him do with it a little later…”

The cock was practically touching my nose, and I obeyed Ms. It was circumcised, and although far from erect, it was both longer and fatter than my own poor excuse for manhood had ever been. I do not know what Ms was using on slave #1, but the sounds of leather hitting flesh soon filled the room. Quickly, slave #1 was back at his previous pain level, and She was going to take him even higher. Soon She changed the focus of her strokes to between his legs, and he was begging for Her to spare his balls. She did NOT stop, until 10 minutes later, after landing dozens of lashes on his groin.

Exhilarated from Her efforts with slave #1, Mistress came over to the cross. Her hand reached down and began to stroke slave #2, and his cock began to harden. When I leaned my head back, I earned a cuff to the back of my head.
“NO sissy! Stay put. If there is not enough room for this stiff cock, you will have to open your mouth. Do it now sissy! OOOOH sissy! Look at you now! There is a stiff cock in your mouth! What a good girl. But don’t suck on it yet – just keep it in your mouth. I want you to get used to the taste of cock, sissy. This might be the first, but you will be doing this many more times.”

I must admit that I was trembling when the cock first entered my mouth. But soon, the actual taste was not all that strong. But the IDEA, no the ACTION, of taking a cock in my mouth was getting to me. THIS was what Mistress wanted me to do, and I wanted more than anything to please Her. My eyes were closed, but it was as if I was on the outside watching myself, watching Mistress’ hand as she held the stiff cock in my mouth.

“Just keep that there for a few minutes. I’m going to give slave#1 a few more lashes, this time with a really nasty whip!”

In just a minute, or so it seemed, She was back beside slave #2. “Now sissy, start to suck! Use your tongue all over the head. Slave #2, can you feel the sissy sucking your cock?”
“Yes, Mistress.”
“What does that make her, then?”
“A cocksucker, Mistress.”
“Did you hear that sissy? Slave #2 thinks you are a cocksucker. Looks to me like you are sucking away, so I think you are a cocksucker, too! That is what I want from you today, sassy thing – to turn you into a cocksucker!”

After a few minutes, She asked slave #2: “Is she any good?”
“Not really, Mistress,” was his answer. “She does good for a few sucks, then loses the rhythm, then kind of swishes it around her mouth.”
Oh, I wanted to protest. Give me a chance, I will get better at this. Then I was immediately ashamed of my thoughts. But then I realized that I really did want to get better at sucking cocks! Ms wanted me to be part of the reward for this slave, and I want to make her proud of me!
Soon he began to thrust his hips back and forth, fucking my mouth. I opened my eyes and glanced up to see Mistress biting his nipple. She called a halt.

“Sissy, let the cock slip out of your mouth now. Stare at it some more, think about how you will please it. Because when i come back over here, you will be sucking it some more. Meanwhile, I am going to make slave #1 scream for me!”

True to her word, slave #1 began begging harder and louder, his cries rising to screeches of pain. All of Her efforts seemed to be devoted to his genitals.

“Sissy!” She commanded, “While I am getting slave #1 off of this table, start sucking that cock. I want slave #2 nice and stiff.”

Eventually, a bedraggled slave #1 was on his hands and knees beside the cross.

“Sissy, while I unfasten slave #2, I want you to lean in there a lick slave #1’s asshole. Get it good and wet, because the second part of the reward is that slave #2 gets to fuck him up the ass.”

Another first for me. I had licked Mistress’ asshole many times, but this was a male ass! I felt sorry for slave #1 as the condition of his beaten ass became apparent, and with a few tentative licks, I began to get into my task.

Soon slave #2 was kneeling next to me, and Mistress pulled my head away from the ass and pushed me onto the cock. I was eagerly sucking now, which did not go unnoticed.
“She is really getting into sucking me now, Mistress,” slave #2 reported.
“Yes, I can see that. Good girl, sissy.”

Then the cock was out of my mouth and pressed into slave #1. As slave #2 began to pump, Mistress said: “those two have fucked each other several times. Maybe next time we get you fucked sissy.”
“But for now, there is one more treat for slave #2. Get behind him now, sissy, and lick his ass while he fucks. Show plenty of enthusiasm and really pump your tongue deep in his ass.”

I tried and was successful at first, but for some reason, I could not match my tongue work to the vigorous fucking. Mistress saw what was happening.
“Slave #2, is sissy doing a good job on your ass?”
“No Mistress, I can’t really feel her.”
“STOP FUCKING! Sissy, I warned you what would happen if you hesitated or gave a half-hearted effort, didn’t I.”

And with that, I found myself on my back, a spreader bar keeping my knees wide apart, as Ms laid into my exposed cock and balls with her six-tail penis whip. It was excruciating! A dozen strokes had me sobbing. two dozen had me screaming. And still, She whipped me more!

I did it, of course. It made no difference that the cock had been up to the asshole, I was ashamed of myself for not being a good slave. For forcing Ms to punish me.

When it was all over, Ms held me in a long hug. “You did very well today, my sissything. Better than I hoped. I know that was a lot to take on at one time, but you came through with flying colors.”
“But Mistress, you had to punish me. I did not obey all of your orders. I am so sorry…”
“Shhhhh, sissy. You did not disappoint me. I wanted to whip your cock and balls and would have found another reason to do it. I absolutely love putting bruises on those worthless things. You gave me a lot of pleasure today”

One thought on “First Time in Mistress’ Dungeon” 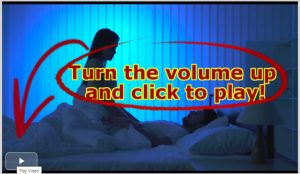