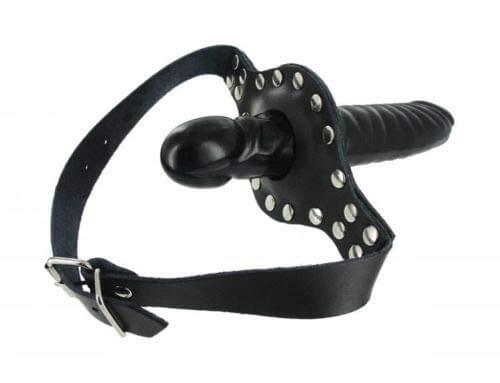 Desiree had just gotten home from a hard day’s work, she had been looking forward to this night for a while now. She was a little nervous but knew that this man was going to change her life forever. She was still new to the female supremacy, but she had made the decision that she wanted him.

Looking for kinky and agressive mistress near ?
They had met online and had chatted for a while now. She was getting her bag of goodies ready. She had the restraints, the blindfold, the ball gag, and her new little purchase that had arrived just yesterday. She was almost dressed and ready. She stood at 5’9 in stocking feet, had blonde hair and green eyes. She was wearing her black leather corset and lace top thigh highs. Her panties were getting wet…should she change them? A grin spreads across her face. She slips on her new leather boots looking at the clock, he was to check in at 6 pm. It’s almost that time now. She throws on her ankle-length wool coat.
She had given him instructions hours earlier. She wondered how good he was at following orders. He was to be blindfolded, naked ( except cock ring…she loved cockrings ), and facing the wall. She would call from the corner to have him leave the door ajar. He had his limits and she was going to enjoy pushing them, as a smile spread across her face

She parked the car, glancing at the room w/ the door ajar. What would he be like? Will his hair be as dark as she imagined, his eyes as blue as the sky? She grabbed her bag and pushed the door wide open. Desiree stopped there in the doorway. What a lovely sight, his lean naked body standing there against the wall. His nice little round ass waiting for her to claim it, but that would come another night. She had other plans for tonight.

“Turn so I can see you” He hesitates because she has left the door open. “I said to turn” He slowly turns. What she saw made her mouth water. There stood a man in all his glory with a magnificent hard cock dripping with precum. She entered and closed the door. He had outdone himself with the room. There were candles lit, the smell of gardenias in the air, and she noticed her favorite bottle of wine sitting on ice. She laid down her bag and walked over to him. She towered over him in her heels. She touched his chest, slowly sliding her hand across to his back, touching him exploring this new territory. Her eyes scanned every inch of his body from his dark curly hair to his nicely shaped feet. She wanted this man, and in order to do so, she must take her place, to take control, to be the strong female she knew she had inside her.
“On your knees sub”, he took his place. He was instructed when on his knees to never look up at her unless she said to do so. She put her hands through his dark curly hair, she pulled his head back w/ a snap. She got down close to his ear ” I will own your every thought, you are my property” “Yes Ma’am”. “Now clean my boots with your tongue” He eagerly licked them clean as he sensually dragged his tongue. She watched his tongue glide across her boot, her mind wandering. He worked his way up to her ankles. She was starting to melt and lose control. She had to make him stop “Take them off”
He felt for the zipper, finding it he unzipped them and took them off. “My toes are aching” “Yes Ma’am” He worked magic with his hands. She could sense he was enjoying her feet. ” May I Ma’am?” She knew what a foot whore he could be.

“I have something for you”

He crawls up on the bed. During their chats she had come across a story, a story she couldn’t stop thinking about. She had replayed it in her head several times as she had multiple orgasms thinking about him being tied down at her disposal. ” Lie on your back” He was such a delicious site sprawled across the bed. She put the new restraints she had made on his wrists and ankles. “Now my sub are you willing to endure all that I request?” ” Yes Ma’am”
“Do not call me Ma’am any longer you are now my property and you will call me Mistress” “Yes Mistress”

She went to her bag and pulled out her new toy. She had been searching all over for it and she found it in London over the internet. She loved the way it looked and felt in her hands. She pulled off her panties then and stuffed them in his mouth. He struggled a bit not sure what she had done. ” Get used to the taste” She sat down on the lounge chair with the shiny black latex toy. Her pussy was already dripping with her juices as she slid her finger inside to feel the warm wetness. She pulled her finger out and tasted it. “Mmmmmm” She knew his mind was wandering, what must he be thinking. His cock was so big and hard and still dripping with precum. She slid the smaller end of the double-headed gag into her pussy. Sliding it in and out slowly at first, then faster. He was straining to hear what she was doing. He could hear the sound of it sliding back and forth in her wet pussy. She quickened the pace as she neared an orgasm. He laid on the bed moaning, he wanted to see her, watch what she was doing. Her body stiffened and she moaned as she released her first orgasm.

Looking for kinky and agressive mistress near ?
Tonight was not the night. She must deprive him. She must control his orgasms. She took off her leather corset and slipped into his t-shirt that he had placed over the chair earlier. She turned off the lights and slept soundly next to him. He laid there still restrained replaying it over and over in his head. How had this woman talked him into this? Sometime during that night, he lost his soul. She was in his head. He no longer owned his thoughts she consumed them.

Last Updated on 5 months by pseudonymous