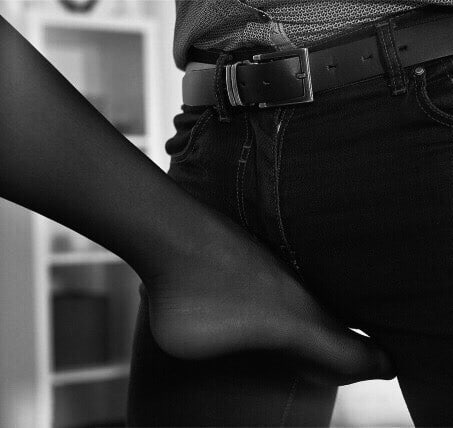 It was midsummer a day. Sam would never forget. It was a bit windy but not bad and he was having a great day and could not wait to get home to his girlfriend.
Sam has a nice girlfriend. Kelly is a very sexy woman the kind of girl that guys always looked at. She had nice full soft breast she loved to show off a sexy smile and the most wonderful brown eyes that could melt your heart.
So when Sam got home he was feeling very horny as always and could not want to have sex with her

Looking for hot couples near ?
But on this day Kelly had something different on her mind. She had been talking to a guy she knew from the bar she worked and tonight she was going to change her life and bring it all out to Sam and if he did not like it to bad.
Kelly knew Sam would be coming home hot and ready he always did on days he was having a good day. So when he got home she played along teasing him readying him for the night making him want her even more
As the night went on and Kelly had him so hot she thought he would bust she said she wanted to play a little game and asked if Sam would let her tie him to a chair and give him something he would never forget. Sam was all game for that and said yes without even thinking.
Kelly tied him to the chair arms and even across his chest, she did not want him going anyplace for what she had planned for him.
So there sat Sam nude tied to the chair his cock throbbing as Kelly rubbed on him getting him worked up. Then she tied a blindfold on his eyes. Sam could not believe this she never acted like this and he was loving every second of it.
After a bit of time went by and Kelly got tired of playing with Sam she decided it was time to get this show on the road and start to get what she wanted.
So she left Sam in the room and went and made a phone call. After a short time, the doorbell rang and she knew it was she want she had been waiting for she ran to the door.
Sam says there not knowing who was at the door and hoping they would not catch him like he was.

Next thing Sam heard was the door to the room he was in open and he was scared he did not know who it was but he knew Kelly was not alone and he could feel them standing next to him and after a couple of seconds Kelly starting touching him again and rubbing his face and in his ear, she said open your mouth I have a surprise for you. Sam did not know what to think but he opens his mouth because she had him so hot and as he sat there with his mouth open he felt her push a soft but thick meaty thing into his mouth and started to bite when out of the blue a deep voice said to him bite me and I will beat your ass.
At that time he knew what she had put in his mouth and tried to turn away but could not as she said to him suck it and the deep voice said suck it or I kick your ass.
So he sucked the cock feeling it grow bigger and thicker in his mouth. And was getting so big he could hardly fit it and the man started pumping his face.
Sam was trying all he could to move away he could feel his hands and arms strain to pull free of the ropes the had him bound.
To close his mouth hoping this large cock would leave his mouth but the more he tried to close his mouth the more it seem to trust in to him.
After what seemed like forever it pulled from his mouth and all he could hear was Kelly saying how she loved seeing the cock in his mouth and the man saying how good he had sucked his cock.
Kelly walked over to remove Sam’s blindfold she wanted him to see it was time he knew what a real man was and could do.
Sam could not believe what he saw a large black man standing in front of him his cock huge and throbbing inches from his face the black man started to slap his huge cock on Sam’s lips the thing was huge he had never seen a cock so big it was at least 11 inches 3 times bigger then his own and 4 times thicker.
He could feel the weight of it slapping his face. Sam felt so humiliated he just wish this night would hurry up and end he felt like crying and just wanted to pass out.
And before he knew it the black guy was sitting on the bed in front of him and Kelly walked over to him kissed him on the lips and said thanks for getting it hard for me as she walked back over the black man and turned to face Sam and mounted his huge cock. He could see her slowly sliding down his huge cock he could not believe she could fit it into her pussy she was screaming and her eyes rolled in her head he never seen her enjoy something so much and the huge black cock was slick and shiny with her juice.
Sam could not stop looking and he could not understand why his cock was throbbing this was the worst day of his life why was his cock throbbing.
After a long time of her riding his huge cock, she slid off of it and Sam could see her pussy gaping wide and stretched from the huge cock and the man’s cock was still hard and throbbing.
Then the black man said to Kelly look at your men cock all hard looks like he enjoys what he was seeing so let’s make sure he gets a closer look.
The black man walked over stood next to him and took his huge black cock and rubbed Kelley’s juice on Sam’s lips then he grabbed the chair and layed Sam back on the floor so he was looking at the ceiling then Sam seen Kelly walk over and stand over him as she got down on all four’s over his face and then the black man got down behind her and Sam felt the chair move as he got his body between the chair and Kelley’s ass the was rubbing on his lips he could smell the sent of sex flowing from her pussy.
And then the huge cock started to enter her he could see her pussy open to take it and her juice started flowing in to his mouth and then things got worst.
This huge set of balls started slapping his chin as the black man drove his cock deep into his woman’s pussy her pussy lips resting on his lips the cock sliding over his lips and the huge nuts slapping his chin. Sam just wanted to pass out then for a reason he did not understand he started licking at her pussy and also the slicked cock that was pumping into it.
He could hear Kelly screaming for the black man to cum deep in her and the man started screaming he was about to cum and as much as he wanted to close his mouth he found himself still licking.
Then before he knew what happen a huge glob of cum rushed from Kelley’s pussy and right into his mouth just as the black man screamed he was cumming. The cum flowed from his cock into her pussy and right into Sam’s mouth and he wanted to close his mouth but he keep licking and swallowing then as the huge cock pulled from her pussy and landed on his lips he took it into his mouth as it shot a few more times right into his mouth.
Sam did not understand what was going on but he did feel his cock still throbbing as he felt the black cock slide from his lips and Kelley’s pussy replace it and the cum in her pussy flowed from her pussy.

He could hear them talking but he did not understand what was being said all he knew was that for some reason he could not stop himself from craving more of what was inside of Kelly as she stood and they both looked down on him.
Then the black man lifted the chair and Kelly started to untie him and once he was loose he just sat there and Kelly sit on his cock. He could not feel her pussy but the heat of her juice flowed over him her pussy so stretched from the huge black cock.
Then she whispered in his ear how she seen his cock throbbing as she took the huge cock and that she was going to fuck black cock much as she wanted and if he did not like it he could leave as she stood and walked over to the black man.
Then the black man said to him I see you liked sucking my cock and drinking my cum from your woman’s pussy and it’s good you did because am going to be fucking it for a long time and you are going to be sucking me hard and drinking my black cock juice, you little cuckold bitch.
Then they both started fucking on the bed and Kelly looked at Sam and said to him if you don’t like this then you should go and Sam didn’t know why but he just walked over to the chair and sat down. He knew that his life would never be the same as he started licking his lips and thinking about tasting them after they got done fucking. Now that’s one way to come into a life of blitz