I picked Kim up from the airport. Two-hour drive. On our way there we talked, smiled, hadn’t seen each other in a long time.

Eventually, she asks me, “is there something I should be doing right now?” Looking for instructions.

“Touch yourself,” I reply.

Kim reaches inside her pants and starts playing with herself. She was already wet and is quickly aroused. Within a few minutes, her hand suddenly jolt from out of her pants.

She’s tense, shuddering a little. She knew she should only come if I told her to, and I hadn’t said she should, so she stopped just before the point of no return.

She also knew that she should now await further instructions before touching herself again. We found some things to talk about. Kim rolled a cigarette and lit it. After she had taken a few drags of her cigarette, I suggested that she play with herself some more.

She put the cigarette in her left hand and moved her right hand smoothly down and under her damp underwear, and resumed touching herself. She was already very worked up before she landed, and this time again it was only a couple minutes before she abruptly pulled her hand out of her pants, held her legs together, and bit her lip.

Her whole body was rigid for a few long seconds, and then she relaxed, a little. It was all a bit distracting, trying hard to pay attention to the road and all, but after Kim had a minute to calm down I said, “more.” She knew what that meant, and immediately started touching her clit some more. Within a minute she had to stop again, panting, and clenching her legs together.

I let her have a longer break this time, and avoid any heart attacks from occurring. After it’s been a good long while, and we’re within a half hour of our destination, I interrupt our conversation with one word. “More.”

Kim complies quickly. She’s had a bit of time to collect herself, and she starts slower and lasts longer this time. Eventually, she pulls her hand out, but less abruptly, and with a more measured intake of breath, not quite a gasp this time. She breaths deeply again.

“This is hard,” she complains.

We get out of the car and go to the house. We sit down with my friend there and chat for a while. After a bit, he shows us to our room.

“You should take your clothes off and go to bed,” I advise.

Kim reluctantly pulls her mouth off of me and begins to remove her clothing. She pulls off the covers of the bed and lies down.

“Play with yourself some more.”

She does, while I undress. I get a glass of water, drink some of it, and get in bed beside her, just as she jerks her hand off of her clit and digs her fingernails into her thighs while shaking and gritting her teeth.

I put on a condom, and, with her beneath me, I enter her. She’s so taut with unresolved sexual tension, it’s like the volume has been turned way up, so every move I make is amplified. Slowly, deeply, I move in and out, holding her gorgeous body in my arms. After a couple minutes, I start moving more quickly, harder, deeper. After thirty seconds of this Kim says, too loudly, “stop!”

I stop moving and tell her she has to be quieter. Other people live nearby, no yelling.

She knows the correct answer, but every time she’s faced with responding to a question like this, she finds it a bit challenging. The contradictory desires are crashing into each other – pleasing me vs. finding release. Usually the former wins.

“Because I don’t want to orgasm.” She’s still shaking a bit with desire and longing as she utters this phrase.

I know that in this state, I might be able to move slowly and avoid making her come, or making her stop me from moving. But if I move hard and fast, she’ll come within a minute or less. I’m starting to get too excited by Kim’s pent-up sexual tension. This time as I’m fucking her, she urgently tells me to stop again. I do, but only for a few seconds. Then I keep fucking her hard and fast. Within a few seconds, she tells me again, stop. I don’t stop, and Kim has a fairly earthshaking orgasm.

She’s so worked up, she’s ready to have a second orgasm within a couple of minutes. I keep fucking her, feeling refreshed myself by her release, and ready for more. She’s just about to come again, but through the fog she remembers that I haven’t told her to come again.

“Stop,” she says quietly but firmly when she’s just about to come again. I stop.

She’s so sexy, in general, but especially in this state. I kiss her, long and deep. I kiss and bite her breasts, and other bits that are easy to get my teeth around. I fuck her slowly, deeply some more. When she seems to be getting especially aroused, I slow down. When she seems a bit calmer, I speed up.

Once I knew I had been keeping her on the edge for ten minutes or so, and that she was once again ready to burst, I stopped moving. She was shaking again, slightly.

“What would you like me to do right now?” 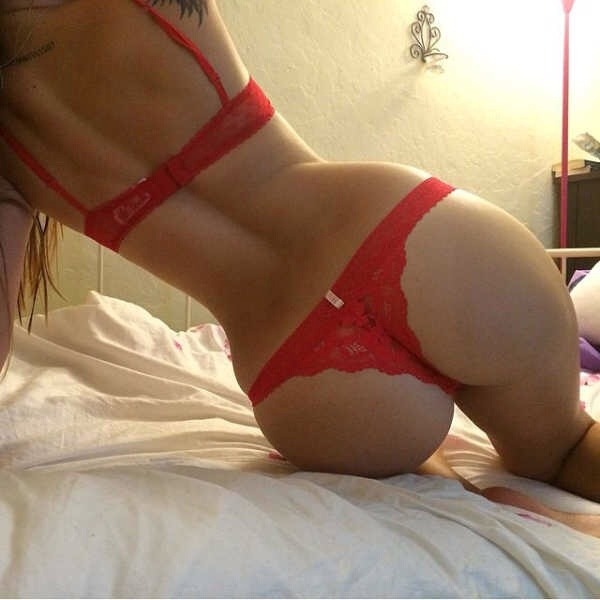 Kim knows that in a situation like that, what I probably want to hear is exactly the opposite of the truth. It was clear that every cell in her wound-up little body was screaming, fuck me hard, right now.

So she said, “slow and gentle.”

She sounded unconvinced. I knew she needed a little break. I lay still for a few minutes, which was very relaxing. For Kim it might have seemed longer, I don’t know. By the time I started moving again, though, she seemed to have collected herself.

“Would you like me to fuck you hard now?”, I asked, knowing she very much still did, since that’s the particular activity that made her come very quickly.

Together we readjusted ourselves, and Kim was on top of me, sitting, lovely to look at now from a bit more distance.

Kim knew what to do, which was what she wanted to do, more or less. She moved back and forth on top of me. Over the course of a couple minutes, she moved faster. Then, with a quick intake of breath and a sudden tension in her body, she stopped. She held her breath. After a while, she exhaled, looking a bit agitated.

Without more than ten seconds of respite, she started moving again. This is a beautiful thing about her – left to her own devices, she is harder on herself than I am. Soon she was moving faster, and then faster still, pushing herself quickly towards the edge, and then, with a sudden jerk of her body, she stopped, still, tense, holding her breath. Again, after just being able to breath, she was back to moving swiftly back and forth, again bringing herself to the edge, tense.

Slowly, she lay down on top of me. I moved slightly, which made her shake, she was so close to the edge. I let her rest there for another minute, then moved a bit more, and she wasn’t shuddering anymore. I gradually starting moving with bigger strokes, and she groaned.

“Should I fuck you hard?”

“No, gently,” she replied, measuring her breath so her voice wouldn’t shake and she’d sound convincing.

From beneath her, I started moving fast and deep. She was trying to stay relaxed, I could tell. She wanted to enjoy it. A couple minutes went by, and she quietly whimpered, “stop.”

She was really pretty beside herself with desire at this point. That’s when I really like to ask questions.

Her clit was burning and shouting yes. Her mind was racing to find an acceptable way to come, and was telling her to say at least something like if you want me to. But she knew what was expected of her.

The problem with hearing those words is it gets me all hot and bothered. I tried to calm down but it wasn’t happening. I took a deep breath and fucked her hard, and ordered her to come, which she did, spectacularly, which helped calm me down a bit, too, as it does.

I took a break, just holding her, feeling her content, relaxed body, moving slowly. Inevitably, over the next few minutes her body was feeling less relaxed, needier, and I fucked her harder. She had come twice and was less wired up now, and she was able to let me fuck her pretty hard for several minutes before she was panting again, and told me to stop.

I waited a few seconds and fucked her some more, and a minute later she told me to stop. I did it again, and again, and again, working her into a peak of desire beyond anywhere we had gotten so far. She was as stiff as a piece of wood at this point, about to snap.

“No, I don’t want to come,” she said, working hard to emphasize each word evenly, so it wouldn’t all just come out in one exasperated breath.

I kissed her some more, passionately. I love kissing her when she’s in this state.

“Maybe you should eat me then.”

She looked defeated. She wanted so much more. “Yes,” she said, but the way she withdrew her pussy from my cock was very gradually, with what looked like great effort.

She pulled off the condom and devoured my cock. As she did, I positioned my leg beneath her pussy. When I did, she started rubbing her pussy on my leg, and I could feel the liquid pooling on my thigh, dripping down to the sheets.

“I want to see your pussy,” I told her, and she moved around so her bottom half was near my face, her knees beneath her, her pussy looking so needy and wet. So nice to see.

She kept on eating me with gusto, while vigorously rubbing her clit with her second finger. I watched. She moved her finger faster, and slower, and faster again, over the course of many minutes. It was clear she was bringing herself to the edge, and then backing off, and then doing it again. She started going much faster, and then suddenly pulled her hand away and gripped the bed sheets, pushing my cock deeper into her mouth.

“Put some panties on,” I instructed. She lay down beside me, tense, but happy. I put one of my between her legs.

“You can come if you want to, but you have to do it this way,” I explained.

Kim moved her pussy against my leg, with her panties on. Normally this might not be the most optimal method, but she was grateful for the opportunity and came hard within a few minutes of rubbing.

Kim lies there for a long while, but can’t sleep. She then engages in her only act of real disobedience for the evening. She puts on a robe, goes outside, and smokes another cigarette.