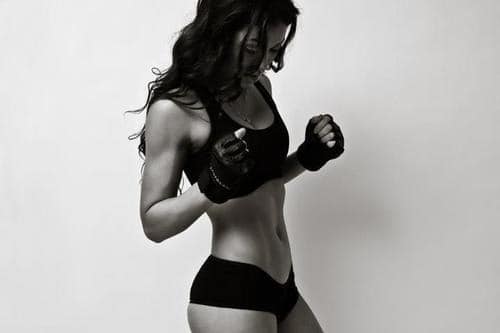 They’ve danced around the heat building between them, but finally, this dance is ending and another is about to begin. They have a date tonight to see just how hot the fires are going to burn. She’s dressed carefully for the evening and prepped the scene area. All of her equipment is clean, and all the supplies are accounted for. She is painfully restless, waiting for him to arrive. She can’t sit still, and paces the house like a restless lion. Finally, his car pulls up, and he heads to the door. She opens it and he steps in.


Looking for kinky and agressive mistress near ?
She looks amazing. He can tell she dressed for him and it touches him. He sweeps her up in a rib creaking hug and can’t help the grin stretching his face. She holds on tight and sinks her teeth into his shoulder. Happiness turns to desire and without setting her down, he kicks the door shut. She tilts her face up to look at him and the kiss just happens. Nothing slow or sweet, but all teeth and tongue, frantic with need.

She breaks away and leads him to the room she has prepped. His heart pounds in anticipation of what she is going to do to him. His cock strains to bursting at the thoughts going through his head. She gives him a toothy grin and tugs on his hand, her eyes alight with a devilish glow.

With no warning, she fires a right cross and nails him in the face. His head snaps to the side and she waits to see how he reacts. Almost as quickly as the punch snapped his head, he looks back at her, eyes on fire with lust and need. She nods with a knowing smile and begins to unbutton her blouse. He reaches for her, wanting…needing.

“No.” The one word stops him cold and unease curls in his belly. “Watch, wait, do as I say.”

His fists clench but he obeys and she smiles, secure in her place here. Once her shirt is off, she tosses it aside. She never wears a bra, so she is deliciously bare from the waist up. She glides toward him with a predator’s smile.

“What do you want?” she asks him. “Tell me.” She caresses his chest and waits. He reaches for her again.

“Ahhhh, there we go.” She takes off his shirt in an abrupt motion and wraps herself around him while biting deep into his chest. He groans and clutches at her, torn between pulling her tighter and pushing her away. True desire wins out and he cups her head to his chest. She growls in appreciation of the acceptance.

Her hands fumble at his pants, and finally she just orders him to strip. She saunters over to a chair in the room and watches the show. When he stands before her, naked and hard she blatantly stares, heat filling her gaze to the point he could swear that he could track her eyes on his body by the sensation.

“Stroke your cock for me.”

She orders, he complies…as it was meant to be.

“Come here,” she demands. He approaches her and her hand replaces his. Her eyes meet his as she swallows his cock. His hands clutch her head but he freezes when her teeth clamp down. She can feel his cock pulse and she begins to slide her teeth along his length. Her hands reach up to cup his balls, and then she digs her nails into the sensitive flesh.

His world explodes with sensation and he throws his head back gasping. His hands grasp her shoulders so tight as to bruise. She hums deep in her throat and he pulls her free. Her lips are swollen and wet with saliva. She holds a hand up to him and he pulls her roughly against him. Her arms twine around his neck and she pulls his head down for a soul devouring kiss. He notices she doesn’t close her eyes when she kisses so he holds her gaze, making the kiss even more potent.

She breaks the kiss and rakes her nails down his sides, causing him to hiss with the sensation and grind his cock into her belly. She moans into his chest and then pushes away. She looks at him as she backs away and holds out a finger to keep him in place. She turns and faces the nightstand. He can tell she is doing something but not what. When she turns, her fingertips glint with sharp, cold metal.

She runs the claws over her body, tracing faint red lines over throat, chest, breasts and belly.

He complies and she opens her arms to him. He nuzzles her neck but knows better than to reciprocate her level of aggression. Her claws prickle over some very sensitive territory. She lifts one of his hands to cup her breast and shows him what she likes, bruising pressure that in the heat of the moment just feels good. He drops to his knees to lick and suck her breasts and nipples and she moans at his attentions. He strips down her long skirt, forming a puddle of blackness on the floor and wraps his arms around her waist, lifting her and throwing her on the bed. She gives the most delicious squeal when she lands with a bounce and then reclines on her elbows. Her claws trace over her hard nipples and she shudders.

He wastes no time joining her on the bed, but is surprised to feel that the sheet covers something. He raises an eyebrow at her and she smiles. “Polyurethane. I’m a planner.” He laughs and then covers her with his body. He is solid and so much bigger than her. If she wasn’t so sure of him, it could be threatening but she knows who holds the cards.

Hands, lips, tongues and teeth caress, explore and conquer. Positions change, limbs entwine and finally, he is poised to enter her very wet and very willing body. She stops him with a hand on his chest, claws gleaming in the light.

“Are you absolutely sure you want this? I can’t put the tiger back in the cage if I let her out.”

“I want whatever you are willing to give me.”

She purrs low in her throat and carefully wraps her hand around his cock, positioning him at her entrance. She is trembling with anticipation as she moves her hands to his sides.

“Do you accept that I’m going to hurt you, cut you, and bleed you while I fuck you?”

“Do you want this, honestly and truly?”

As his mouth crushes hers, her claws rip down his sides and the blood begins to trickle down. He screams into her mouth and buries his cock inside her. She arches into him and her claws rake his shoulder blades, and he screams into her mouth again. She moans as she swallows his screams and rakes him again, causing more blood to flow, hot and thick. The blood drips down his back and sides onto her as she undulates beneath him.
She carefully pulls the claws from her fingers save the right index and places the sharp point on his chest and over his heart. She locks her legs around his back before pressing the claw hard into his skin and drawing a ragged line. He bucks and screams again and again she drinks him down, taking all he has to offer.

Her body is slick with his blood and her hands are coated with him. Blood begins to flow from his chest and she breaks the kiss to savage the wound. His hands wrap underneath to her shoulders and he rolls them so she is on top. Her mouth is still latched to his chest and he almost comes when he realizes she is drinking him down.

Her hips undulate in a frantic rhythm, and she raises up off of his chest. Her breasts and belly are covered in red and her hands leave bloody prints on his chest as she uses him for leverage. She guides his hands down to her hips and growls.

She leans back and lets his hands grind her hips up and down onto him. Her hands squeeze her blood-slickened breasts and then she sucks her fingers into her already bloody mouth. Her body rises and falls, and her eyes never leave his. Her pleasure has begun to clench her body and she clenches her fists into his chest. She pants and gasps as she rides him, her eyes glazed with lust. She cocks a fist back and just as she explodes, she drives her knuckles into his face and her world falls away. She is vaguely aware of him convulsing beneath her, erupting inside of her.

Slowly, they drift back to themselves, still connected. She’s humming and lightly touching the bleeding wounds on his sides as she rests on his chest. She nuzzles his neck and breathes deep of his scent, now laced with copper and pain. His hands trace light patterns on her back and he kisses her forehead. He looks down and she is a vision, sweat soaked and covered in blood from mouth to knees.

“Let’s get you cleaned up,” she murmurs against his neck and pulls him up and to the bathroom. She licks each wound before carefully washing them and rinsing the blood off of both of them. After the shower she pulls him to the mirror and shows him the cuts that will soon be his first set of scars from her. There are eight clean lacerations over each of his sides and one slightly more ragged one on his chest. They’ve stopped bleeding but are red and raw. She pulls him back to the bed but pulls the bloody sheet off revealing a pristine set underneath.

He laughs and despite the sting pulls her against his side while they sleep.

Last Updated on 11 months by pseudonymous