Can hotwifes really do it?

Ever since I read a story in “Penthouse Letters” years ago during my first marriage about a couple who thoroughly enjoyed wife sharing, my sexual fantasies gradually became focused on hot, beautiful wives who were emotionally committed to their marriages and who had their husband’s approval to have sex with other men. Initially, I remember being completely shocked that any man could enjoy such a thing. Weren’t men supposed to guard their wives jealously and fly into a rage whenever another man ventures beyond casual flirting with their woman?


There are hotwifes near ?
While I’ve devoted a lot of thought to this subject over the years, I can’t say that I’ve come completely to terms with this apparent contradiction. My best justification is that wife sharing taps directly into a man’s primitive competitive sexual nature. Even when a man honestly believes that he’s in no danger of losing his wife to another man, her infidelity will unleash an incredibly strong desire to “reclaim” his wife sexually from the other man.

After my divorce and before my current marriage, I sought out mostly married women for sex. It wasn’t just my wife sharing fantasy that motivated me. I happily discovered that most unfaithful wives aren’t interested in the game playing that characterizes most single dating. The majority of married women do not put up an elaborate emotional web and seem to enjoy hot sex more from the start. I don’t know for certain how many of their husbands knew about their wives’ infidelity, but I’m quite sure that some did. I have many very fond memories of these men’s incredibly hot wives to this day.

After meeting and marrying the love of my life, I was reluctant for some time to tell my wife of my fantasy. Since she had not shared any remotely similar fantasies, I worried about her reaction to my revelation. I finally decided that this was an integral part of who I am and I had no choice but to tell her about it. My fears turned out to be justified in that she did not receive the news well. She insisted that I only wanted her to have another man to justify my having another woman and did not want to hear of it again. After many years of trial and mostly error, I finally managed to get her to indulge my fantasy during our lovemaking. She was consistently amazed at how much more vigorous our lovemaking became after whispering, “I want you to watch me (have sex with another man)”, or similar, in my ear during sex.

I knew that she had finally accepted my fantasy as her own when, out of nowhere and on many occasions, she asked me whether I’d leave her if she had an affair or that a hot guy had hit on her at work or in a store. Knowing how much my wife hates being pushed into anything, I simply asked a few questions about whether he’d asked her out and how she answered him. She began to tell me how much she enjoyed flirting with other men and would blame her dad for passing that gene on to her. Of course, I was always thrilled to hear her stories and encouraged her not to fight her flirtatious nature.

Much to my surprise after enjoying this sexy game for a couple of years, my wife announced one day that she was exchanging messages with guys on a website named “The Ashley Madison Agency”, a site that caters to married men and women looking to have extramarital affairs. I wasn’t sure whether this was just another, very exciting branch to our fantasy, but was quite interested to see where it might lead. She would show me message threads that she had exchanged with various men and ask for my opinion on this one and that one. This eventually progressed to her wanting to meet some of these men for lunch or coffee. This was obviously a big step but I was still not at all sure whether she intended to eventually meet one of these men for sex. Our lovemaking during this period could accurately be described as explosive.

After a second casual meeting with her favorite of these guys, she came home and announced that she had made plans to meet him at a local hotel for sex the following week on my birthday! I asked her how she knew what I wanted for my birthday and she just giggled and then led me to the bedroom for some incredibly hot lovemaking. I was pretty much on pins and needles for the week waiting to see if she’d actually go through with it. The appointed day arrived and she busied herself in getting ready for her date. She had me spread lotion on her body so that her skin was super soft and had an attractive glow to it. She spent a lot of extra time fussing with her hair…Both the hair on her head and in trimming the hair between her lovely legs. I remember saying very little other than giving her many compliments her on how very beautiful she looked.

My beautiful wife left for her date and I was so nervous that I was actually shaking a bit. After a short time, I started wondering what I actually knew about this guy. What if my wife changed her mind at the last minute and he got upset? These thoughts dominated my thinking until I decided to drive to the hotel to be close should she need my help. My wife had told me which hotel and even which room they were using for the meeting and I parked such that I could see my wife’s vehicle and the door to that 2nd floor room. I literally stared at that door for about two hours imagining what was going on behind it. Was my wife having intense sex with this man or were they just talking? What was the possibility that something bad had happened? Had I waited for much longer, I was planning to go knock on the door and try to kick it in if necessary. However, the door finally opened and my wife and her new boyfriend headed to the stairs. I used that opportunity to drive away as I didn’t want my wife to see me parked there. Some 15 or so minutes later, my wife called my cell to let me know that she had a wonderful time and was going to drop by the grocery store on the way home. 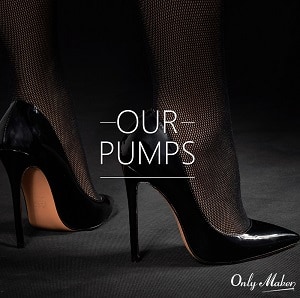 Once she was home, my wife and I headed to the bedroom so that I could hear the whole story of what had happened during her adventure. I removed her clothing and had her lie comfortably on the bed. I discovered that she was still very wet as she recounted every detail about how they had both cum three times and had not used a condom. When I registered some surprise to this news, she pointed out that my fantasy had always included the other man filling her with his semen. She also told me that his love making style was much more vigorous than my slower, more sensual style. She went on to explain that this, combined with the fact that his penis was somewhat larger than mine, had made her rather sensitive down there. With some alarm in my voice, I hoped that she wasn’t too sore to make love to me now. She flashed me her pretty little smile and then guided me into her very wet and very sexy self.

A very unexpected thing happened to me a couple of days after their second hotel meeting. All of the excitement sort of overwhelmed me and I had what I can only describe as a nervous breakdown. I found myself unable to do much more than stare at the TV or the computer. Believe me, if you truly love your wife, the emotions that sharing your wife brings out are quite surprisingly powerful. After so many years of thinking about this fantasy, I was certain that I could handle whatever emotions came along. I was wrong. I asked my wife to stop seeing him and it actually took me a couple of months before I was confident enough to tell her that she could resume seeing her boyfriend.


Women who want to cuckold you in
Another birthday has come and gone and my wife is still seeing the same boyfriend regularly. I’m happy to report that I now have my emotions under control and my wife and I are properly enjoying her sexual freedom. My only regret is that I still dream of one day watching my wife with this or another boyfriend. While I’m not at all certain that this will ever happen, I can see that my wife is becoming much more open to me than in the past about her strong desire for other men. I remain hopeful in this regard.