Mickey was a Butcher and took care of all the meat department while I managed the Grocery side. We worked together good and Micky grew to be my Idol. I was 20 years younger than him and even tho I was married someday I wanted to be like him with the women.

My wife and I had been married a few years and we had a child a year old. After he was born she went on the pill
that had come out a few years earlier for birth control.

In those days we ran our weekly grocery ads that were good for Thursday thru Saturday and we were closed on Sundays.
Mondays and Wednesdays were our slow days and I had my wife working as a part-time Cashier and she only worked when we
were busy.

I soon learned Mickey had a few Special Lady Friends that would come to see him on our slow days. When they did he
would ask me to take care of the meat counter for a couple of hours in the afternoon. This was before the self-service
counters came out and the Butcher also sold and wrapped meat orders. This gave the counter person a chance to talk with everyone as they came to the counter and he never missed that chance to talk with all the women with class.

There were 3 ladies that I’ll tell you about. One was a Pastors Wife, One was a Realtor and the other was the wife of the County Sheriff. Mickey was fucking all of them. He liked ladies with a class that were married to men that were pillows on the Community.

There were many Churches in our town but one stood out above the rest. About half of the town went there sometime
during the year. The Pastor is a really nice guy and his wife is beautiful and sexy. They were both in their mid to late 50s and she was the Leader of the Sunday School Teachers. She wore a lot of makeup with beet red lips and was always fully dressed. The only time I saw her in a low cut blouse was when she came in to see Mickey and she would have herself covered with a Shaw until she got there then she would uncover her cleavage for him to view.
She came shopping in the store often with her husband and they always stopped at the meat counter but you would never know she and Mickey even knew each other much less fucking.

When she would come in by herself she would go straight to the meat counter where she would talk with Mickey sometimes for quite a while. Then He would come looking for me to take care of the counter while they would disappear to a private office upstairs.

The Realtor was also a lady with class. She was the wife of the Bank President and she owned her own Reality company.

She sold the houses and her husband made the loans for them. I dealt with her husband when I needed things at the
bank and he looked at Mickey and myself as the store Management. She seldom came into the store unless she\ wanted to See Mickey. Their Daughter did most of the shopping and I knew Mickey would get to her before long.

Sometime when the Mother would come in he would take her upstairs and other times they would go to some of the houses she had for sale. He said she loved to have her pussy and ass eaten and her husband wouldn’t do it so she came to him. This is when he told me about the 69 position and he required all women to suck him to completion and swallow a load before he fucks them the first time.

This was when most men wouldn’t admit to eating pussy but he told me all about it. He had been doing it for years and he said he could get any women to fuck him if he eats her pussy.

The Sheriff’s Wife was a tricky one. Twice a month he was on duty for 24 hours straight and that is when she played. She was cute but she was like a quiet little mouse, you never knew when she was there. She was well known around the town as his wife and mother of 3 little girls. She took these girls to dance classes, Beauty Contest, and Music classes.

She seemed to always have these Little girls with her except when she came to Mickey to be his Whore. He told me there
wasn’t a thing she wouldn’t do for him.

What every good wife needs to know 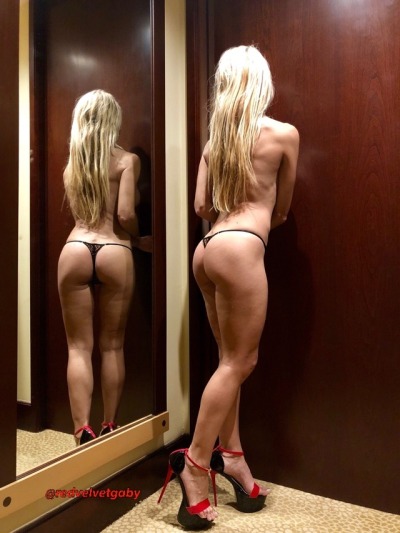 Mickey was a real womanizer and taught me a lot about females and what they like and will do for a man. He could see a lady walk in the door that he had never met before and if she stopped to buy meat he could have her upstairs before she left. If a lady didn’t have any class he wouldn’t fuck with her. Also if she wasn’t married he didn’t want anything to do with her. He always told me a Married woman had as much or more to lose than he did and they were safer to play with.
One day I was in the meat cooler taking inventory of the beef sides we had hanging when the door opened and in walked my wife. She couldn’t see me because I was hidden by the hanging beef. Then Mickey came in, they kissed and embraced. While they did he slid his hand under her dress and into her panties cupping her cheeks and pulling her up
against his half hard cock. He asked if she was going to meet him at the same Motel again. “You know I will”, she
told him before they left the cooler.

I stood for a minute thinking, he will be looking for me I’ll bet. What will I tell him? Will I watch the meat counter so he can go give my wife some meat? It was almost lunchtime when I left the cooler so I went on out the back door. Instead of going to eat I just sat in my car in the parking lot for awhile thinking. The more I thought the more I wanted it to happen. My cock was hard so I took it into my hand and stroked it a few times while thinking about
them before going back in. My wife was gone and he was behind the meat counter. As he saw me he waved me over.

“Can you watch this a couple of hours”?

“Got a hot piece of ass today”. I asked jokingly.

“You bet I do and this isn’t her first time.”

It wasn’t slow that day it was dead. I had plenty of time to think about what was happening.

Was she nude in a motel room with him?

Was he between her wide spread legs where I should be?

Was she sucking his cock?

As I thought about it my cock was getting hard and I found myself massaging it while I thought about them. Time was dragging by and I couldn’t get my mind off of things he had told me. He likes Submissive women because he liked to control them sexually. My wife was submissive and lately, I had noticed she was even more so. He said she was hot and he was fucking her again. I wondered how many times they had already fucked and when it was. As I thought back I think I know one other time they may have. It was a day he went out but I never knew who it was with. That night she had been a better fuck than she had been lately. Then I
thought how he told me about the Pastor’s wife He warmed her up for the Pastor.

He trains women to suck cock, deep throat, suck balls and lick ass. I was sure by now he had trained my wife too. The
only thing we had done in our marriage was vanilla sex to have our baby. If only he knew his Mom was out fucking
around on his Dad.

Slopy second and love it! It use to be that I would slip home in the afternoon for a good fuck but that was long ago, but now I decided to do it again as soon as he came back. I’d love to fuck her while she was still hot and wet from him.

It was about 3:30 when Mickey came back. I usually got home at 7:30 or so and she wouldn’t be expecting me. I asked him how his afternoon went and he said, “it was great, that this lady was really a good fuck”.

“Was this your first time with her”

“No I think it was our third but we will see each other every week or two now”.

“Have you taught her to do all the good stuff”

“Oh Yes, if she wasn’t submissive to all of my desires I wouldn’t waste my time with her.”

“Is she a Gal that comes in here often”?

“Let’s just say she is the wife of one of the town’s Businessmen”.

I looked down at the bulge in his pants and wondered if my wife had enjoyed it. Had he left her with a hot load of his between her legs? My cock was getting hard so I turned away.
A Customer came to the counter so I left. I didn’t tell him I was leaving for the day.

My wife didn’t hear me come in and when I looked I found her in the shower so I undressed and walked in. She was surprised to see me when I pulled her close. She kinda pulled away when I tried to reach between her legs. As I kissed her she relaxed and let me. I could feel her swollen cunt lips and as I slipped her a finger she was loose and extra wet. I could feel his cum still in her body. As I kissed her I thought about what he had told me about the women he fucks. They all suck his cock and lick his asshole.

I couldn’t taste anything other than normal but I couldn’t help think about where her tongue had just been.

I was so excited from it all that I picked her up, carried her to the bed and threw her on it. Climbing between her legs I buried my meat into her. We both loved the rest of the afternoon.

That night she went to sleep early laying in my arms. I couldn’t sleep as I thought about what the day had brought us. I had found my loving wife was cheating on me and I liked it. I didn’t want it to ever stop and I hoped I could find out every time she did it. I thought if I worked it right I could get Mickey to tell me without knowing he was.

As loose as her cunt was his cock must be big and thick. Mine was a good size and I knew she loved it but I hadn’t
made her do the things for me he has made her do for him. I would try to do better.