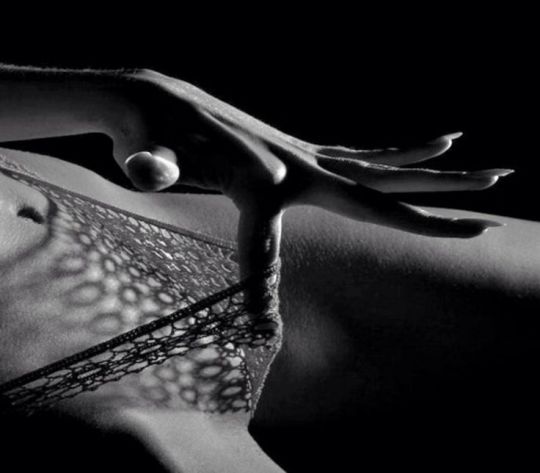 It was a rare day when her master called on her. Even rarer lately. Apparently, this cold Friday was one of the rare ones. No one in her life knew she had a master, not even her husband. She had met him online a few months before, knowing only that she needed something different. Something to challenge her.

As they met on a regular basis for the first little while, she was challenged plenty. She was used, hurt, chewed up and spit out, and still, she wanted more. So whenever he called, she came.

And now he called again. “This will be the last time,” he said. “This is what I’ve been preparing you for.” She protested the idea that it would be the last time. “Too bad. I’m your master, and this is my final set of orders. You’ll do as I say.”

So she followed his orders. Before leaving, she left a note for her husband, letting him know she had to go away for the weekend on business.

Then she went to the drug store he told her to and picked up the order for Mr. Hand. The clerk looked at her a bit funny but gave her the bag. As ordered, she didn’t peek inside.

She took it to the dive of a hotel he asked her to join him at and went immediately up to his room. She was to join him for the weekend.

Immediately upon entering, he removed all of her clothes and put them in a bag. He told her to open the bag from the drugstore. Inside was a package of adult diapers. She shuddered a little. Thought of old people wearing them, and using them, and being changed.

He noticed and laughed. “Put one on,” he ordered. It took her a while to figure out the tape and how to get it to stay on securely. She saw herself in the mirror and was disgusted at how it ruined the shape of her body. A big plastic white bulge where her hips should be.

She kept her eyes down, never looking him in the face, as was their custom. He grabbed her hair and dragged her to the tiny dingy little hotel bathroom.

“Drink from the toilet,” he growled. She hesitated. He grabbed her hair and stuffed her head into the toilet. After a moment of gasping, he pulled it back out. “When I tell you to do something, you do it.”

So she drank from the toilet like a dog. He pulled out a camera and took pictures of her doing it. She tried to protest, but he shoved her head back into the toilet.

She whimpered, embarrassed beyond belief. Nothing he’d made her do so far had been anything like this. After a while, he gently wiped the toilet water off her face.

Someone knocked on the hotel room door. He gave her a wad of cash and told her to answer the door, as she was. Mortified, she did so. It was a pizza delivery man. He, clearly even more shocked than she was, hesitated. She handed him the cash, more than enough for the pizzas he was delivering, took the pizzas, and slammed the door in his face.

“That wasn’t very nice,” her master said with a grin. Next time you’ll have to be more courteous. She almost panicked, thinking next time?

He brought her back to the bathroom and used zip-ties around her wrists, tying her arms together behind her back. He then took a piece of rope and tied the zip-tie to the u-pipe behind the toilet.

He put one of the pizzas on the ground in front of her. She was starving hungry, but without her hands, she wasn’t sure how she would be able to eat.

“I’m leaving. I’ll be back in about an hour. Enjoy your pizza.”

After he left, with her clothes, she sat there wondering what to do. Eventually, hunger got the best of her and she started eating the pizza right off the floor. It was greasy pizza but had thankfully cooled off a bit since it arrived. After a while, she was thirsty but refused to drink from the toilet.

Eventually, her stomach was starting to growl. The greasy food had run straight through her, and now wanted out. She held it in as best she could, hoping her master would come back soon and let her use the toilet.

He did come back, eventually. He smelled like vodka, and the bag with her clothes in it wasn’t on him when he returned. She begged and pleaded to use the toilet, but all he said was “No.”

He went into the other room and started watching TV. She could hear him eating the other pizza that had been ordered. She curled up into a ball and whimpered, unable to think of anything but her need to use the toilet.

About an hour later, cramping up beyond belief, her body let go on its own. The diaper filled up with shit. She moaned as she felt the mess building; it was a huge relief. A few seconds later the smell hit and she got nauseous.

Her master came in the room, grinning. She lay on the floor, disgusted with herself. “Well, now we’re getting somewhere.”

He cut the zip tie and retied the rope around one of her wrists. He also took a picture of her, looking messy from eating pizza like a pig and with a full diaper.

“From now until 8PM on Saturday, you’re not allowed to use the toilet. You will drink only from the toilet, and you will eat everything I put in front of you. You may not leave the bathroom unless I say so, and you may not change your diaper. If you violate any of these rules, there will be punishment and you will be tied back up. Do you understand?”

He gave her a pillow from the bed and a blanket put a Do Not Disturb sign on the door of the hotel room and closed her bathroom door. Outside, she could once again hear her master eating and watching television.

She was woken up suddenly, however, a few hours later. Her master was shaking her. She woke up groggily and looked up at him, taking a rare glance at his eyes. He was enjoying this, she could tell.

“One more thing. For the weekend, whenever I need it, you will be my urinal. I expect you to drink every drop that I piss into your mouth, and to lick up anything that spills onto the floor. If you fail in this, it will get worse.”

He pulled her up onto her knees, and she opened her mouth, still too groggy to argue. The position was familiar enough from previous sessions, even if the act was not. How bad can it be, she thought naively.

And then the stream went in her mouth. And it made her gag. She tried her best to swallow it all, but there seemed to be an endless amount of it. She drank and a lot of spilled. When he was done, he had a massive hardon.

“Not bad, for the first time. Your training is going well. Go back to sleep now.”

Last Updated on 12 months by pseudonymous