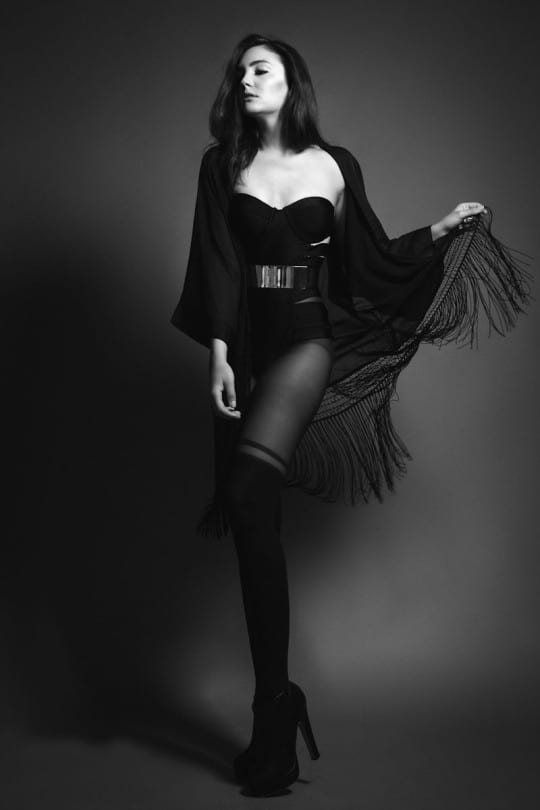 Chess flicked through the magazine idly, her eyes drifting over the words she’d already read too many times. The late shift at the Blockbuster store may have paid well but on a Wednesday night the place was dead. The other sales girl had been called to the Manager’s office twenty minutes earlier and Chess knew she’d be laid out over his desk by now.

An impatient cough broke her reverie and Chess pushed her spectacles back into place with her fingertips as she smiled over at the customer. Dressed in a tight top and wearing a pair of baggy pants, the dark-skinned goddess made a rush of blood flow into Chess’s groin. Smiling broadly, Chess tried to ignore the feeling, carefully keeping her eyes locked on the girl’s face as she dropped into ‘sales mode’. “Good evening madam, how can I help you?”

The girl’s face was full of thunder and she slammed a DVD case on the counter. “You can get me the right damned film!”

Looking down at the case, her eyes flashing onto the angry customer’s chest for an instant before reading the title of the movie. “The Furry Honey Pot Adventure? It’s one of our most popular children’s animations, what seems to be the problem?”

“Damn false advertising. Furry honey pot my ass! How do you expect me to get off to a bunch of cartoon bears!?!”

“Do you have anything with hot lesbian action that’ll get me hard fast?” The woman asked petulantly. Chess was confused for a second, did she just ask for something to get her hard?

“Have you checked out our adult selections?”

“I don’t want that junk, I want something hot. Got anything in the back room?” The woman winked as she leaned over the counter, her top stretching tighter across her breasts leaving her nipples clearly visible against the material. Chess reached up and pushed her glasses back into place as she looked down the girl’s top, her lips beginning to moisten as dirty thoughts filled her head.

“I do have some new stock we haven’t put on display yet, I could get them for you?”

“Why don’t I just come back there with you? Wouldn’t it be a lot easier then carrying all those cases out here?” The girl said, flexing her arms so that she squashed her breasts together, her cleavage enticing Chess once more.

“I’m sorry, I’m not allowed to take customers into the back storage area.”

“It’ll only be for a few minutes…” The girl’s tone was dripping with suggestions, conjuring all kinds of images in Chess’s head.

Chess walked out from behind the counter, feeling the moisture on her thighs as she crossed to the main door and turned the display to ‘Closed’ before turning back to the ebony hottie and waving for her to follow. Moving between the shelves, Chess led her to the locked door marked ‘Authorised Personnel Only’. Deftly tapping the keypad, she unlocked the door and stepped through.

Almost immediately the customer was upon her, pushing her forwards against one of the shelves filling the dark room. As the black babe’s hands slipped over her uniform, Chess found herself moaning and she quickly bit her lip. “Damn, you are one hot little number…” The customer whispered in her ear as her hand slipped under Chess’s clothes, one cupping her breast through the young girl’s bra while the other slipped down between her legs.

“Dirty girl, you been thinking about this?” The ebony-skinned temptress moaned as her fingers stroked over Chess’s crotch, feeling the damp lips twitching under her touch. Pressing harder, she spread the assistant’s flower wide as her fingertips teased the wet hole nestled between them.

“Oh… yes…” Chess responded, pressing her butt back against the girl’s hips, wriggling as she felt her cunt being invaded by the very tips of the girl’s fingers.

The customer pulled away from her, lifting her fingers to her mouth as she licked Chess’s essence from them. “Kneel for me.” The woman said, her voice leaving no room for negotiation. Without even thinking, Chess found herself on her knees before the goddess.

As she watched the dark-skinned slowly peeling off her top, the plentiful masses of her new Mistress’s breasts hanging heavily, the nipples standing out proudly from her chest as her dark hands unfastened her belt and pants before dropping them to her feet, her long thick cock standing hard in front of her.

Chess was stunned, her hand reaching out and stroking the rigid shaft in disbelief as the black beauty smiled down at her. “Do you like it slut? Do you like the way it feels?”

Smiling, Chess’s fingers massaged the length of the impressive shaft, leaning forwards and licking at the precum gathered on the tip, closing her eyes as she savored the flavor on her tongue. Getting bored, the customer pressed her hands against Chess’s head, pushing her down the shaft until she felt her cock bumping against the back of the assistant’s

Shocked Chess gagged, fighting to breathe as the ebony goddess pressed harder, slipping her cock into the girl’s throat as she started to pump slowly into her mouth. Chess’s hands reached up, cupping the woman’s bare black buttocks as she slowly calmed down, starting to moan as the cock drove into her again and again.

Panicking Chess cried out, writhing against her captor as the hard cockhead probed her butthole, “No, please, not my ass, I’ve never taken it there before…”

Laughing evilly, a broad smile splitting her dark face like a bleeding gash, the customer pulled the assistant’s hips back, forcing her cockhead into the tight, barely lubed hole with an audible pop. Chess screamed out, her muscles pulling tightly on the invader as the black girl pushed hard, forcing herself deeper into the poor girl’s rectum.

“Just relax, enjoy the feeling of my cock in your ass, it’s going to be there a while.” The ebony Dom whispered as her hands slipped under Chess’s body, one groping between her legs, probing her drenched slit, while the other squeezed her breast tightly, the soft flesh swelling out between the dark-skinned fingers.

Taking the advice, Chess tried to relax, her mouth gaping wide as her face was pressed hard against the tiled floor, the cock beginning to pump into her butt with long slow strokes. A strange feeling spread inside her poop chute, something she’d never experienced before, unlike having her cunt filled but still enjoyable in a perverse way, and soon her hips were pushing back against the thrusts, driving for her own reward.

The customer pressed her fingers deeper, slipping two, then three and finally four fingers into the counter girl’s pussy, the abundant cream making them slip easily into Chess as she used them to pull her toy up onto her cock, stretching the young girl and making her moan all the louder as she clawed at the floor in ecstasy.

“Oh god yes… I never thought… harder, please fuck my ass harder!” Chess heard herself saying, her mind filled with lust as the black shaft started pounding into her, the girl’s hips slapping into her buttocks with as regular clapping sound as she increased the pace.

Letting go of her toy’s breast, the ebony goddess pulled back, her hand almost entirely buried in the attendant’s cunt as her thumb played over her swollen clit. Raising her free hand high, she slammed it down over Chess’s flanks, admiring the bright red handprint on the girl’s arse for a second before spanking her hard again.

Chess rolled her head across the floor, her drool puddling under her cheek as she whined out in pleasure, her arms pressing against the floor as she pushed herself full body against the black shaft pistoning into her guts, her moans and cries filling the dank and dirty stockroom as she felt her orgasm building.

Pulling her top back on, she stepped into the ‘security office’, quickly finding the video recorders that monitored the various sections of the premises. She stepped into her pants, pulling them up and tying them off with practiced ease as her eyes read off the labels until they lit upon the ‘storeroom’.

Rewinding the tape, she brought it up on one of the screens, admiring herself in the hazy black and white image as she forced her cock down the counter girl’s throat, as she bent the girl over and rammed herself into the girl’s butt. Stopping the tape, she reached out for an empty box, writing out a label and sticking it into the cover.

She stalked out towards the exit, throwing the tape down at Chess. “My friends will be in later, you’re going to rent them that tape, let them all see what a whore you are. If you’re lucky they may even help you make some more tapes as well!”

As the door slammed shut, leaving Chess alone in the darkness, she clutched at the tape, her other hand moving between her legs, stroking herself wantonly as she imagined all the people who were going to be watching it.