Skip to content
HomeChastity device, is it necessary for orgasm control?

I have this discussion often with other Dommes who practice orgasm control. Is a chastity device a necessary evil to keep a submissive male from ‘cheating’ or is the submissive’s honor and word that he will not enough?

I have always maintained that a chastity device is in some ways a crutch, relieving a man of the responsibility of having to control himself because the device is effectively controlling him.

Which is fine as the “always on” guideline is that everything is fine if that is what the Dominant wants.

I myself enjoy knowing that my submissive is obedient to me and my wish that he be chaste. If he were simply being chaste because he is in a cage and would relieve himself if he were not so restrained, his body may be experiencing chastity, but his mind is not.

I learned some and can relate to the approach of Uniquely Rika :

The fact is, a truly submissive man will retain his chastity without such a device, and he will work hard to avoid letting his testosterone level affect his performance as a submissive. The dominant woman should expect all the ‘benefits’ without needing to resort to the use of artificial or physical means of ‘enforcement’. 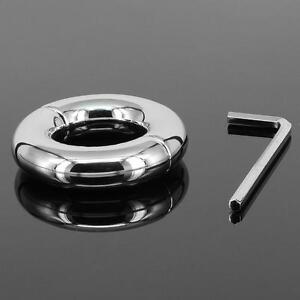 Maybe a caged cock has other benefits?

So it might not be mandatory, but it is beneficial in other ways.

What about other aspects of power exchange?

As a dominant woman, my submissives role is to make my life easier. It is his job to do things for me, not vice-versa. I WILL do things for him becasue I care very much for him, but submission by definition is a giving up of self to another’s will, not giving up of self-expecting something (or even anything) in return.

It is not my job as a dominant to monitor my submissive 24/7. So I don’t feel he is ‘dominating’ himself by being device-less, but he is controlling himself for me because I wish it. Just as he takes care of the house, do the dishes, the laundry, put gas in my car. I don’t direct him or force him to do so each time, or tie him to the sink so he washes the dishes (although that can be fun at times! He also finds bondage and force ‘tasty’, and at times I will give him both as a treat). But in general, he chooses to do these things because of his submission to me, not because he expects anything or because he is getting a kink fed in the process.

It is a subtle difference of motivation. He is not expecting me to keep him chaste anymore, he now keeps himself chaste for me. It takes the responsibility off of me.. which makes my life easier, which is ultimately the goal of a submissive serving his Lady, and it pleases me greatly.

The “truly submissive men shouldn’t use chastity devices” argument could also be used to argue against bondage, or ultimately, against any use of force at all. Some people find bondage and force incredibly tasty. Can submissive men (or women) get the same effect and pleasure if they would just be told to stand still? Can it be even compared to the feeling of ropes/leather/handcuffed that bound you on your place?

(My) Submissive’s point of view

I personally enjoy wearing a chastity device. I’m not as into the D/s aspects of chastity play, so for me, the act of wearing the device causes great satisfaction. I imagine if a sub’s itch is “scratched” by the submissive act of giving up his orgasms, then that may be fine for him. For me, the device is a little bit of 24/7 kink that gets to be folded into my mundane life. It scratches a “bondage” itch, as well as generating a wonderful subby feeling when I can’t touch myself.

I would love to upgrade to a full steel belt, rather than a captive ball device. The full steel belt further accentuates the inaccessibility of my favorite toys. When I’m belted in my CB6000 for any length of time, I get satisfaction (though certainly not release) simply from stroking my balls. A full belt would eliminate even that simple pleasure.

To be perfectly honest, I am human and thus weak. I truly do want to remain chaste for my owner, and most of the time I succeed. I have to admit that there have been times when I was weak and I succumbed. I have always admitted these violations to my Mistress, but they have occurred, and I always feel very guilty about them.

Is there is a summary?

Devices have their purpose and can be wonderful additions to chastity, tease and denial. But day to day, I prefer he remains chaste through is honor and promise to me as his Dominant.

Like most other things, it comes down to what a given couple prefers. There are plenty of positives and negatives to each choice. There is no one-size-fits-all solution.