I am attempting to outline some different philosophies. Please comment if you identify if one of these views, a hybrid of more than one, a variation on one of these, or a completely different view.

Women are the superior sex and should be served by men who are by the natural inferior. This is the natural world order. The correct behavior of males is to be the slaves of women,

I enjoy kind and gentlemen who enjoy sharing, giving, and nurturing.

And the idea that male desire for women gives them some special power over us seems dismissive towards women’s sexual desire and agency.

There are words we use to describe particular interests, lifestyles and points of view, but I don’t personally see those as distinct or widely held beliefs. Old-guard might be the exception to that.

When you talk about things like sissy’s, or female supremacy – I think that leaves the realm of widely accepted, in-depth philosophy and enters into personal kink, which are even very different amongst those who would use the same word to describe what they’re into. 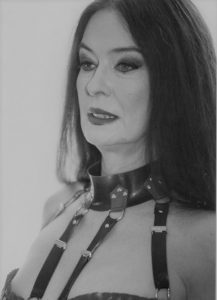 A sissy might not believe submitting is feminine for example, and might just feel more comfortable dressed as a woman or find it highly arousing.

The sexual power example to me also feels like a bit of a stretch, because people from all walks of life would probably agree that very attractive women do have some power as a result of their appearance, and attractive men too. I don’t think though that a dominant male would desire to submit, purely because the girl is pretty. Also, I don’t think a Domme would suddenly want to submit because the guy is hot.

Your second philosophy holds more water for me. Because it’s more of a belief system than the other two. But again I feel like a 100 more of similair merit could be mentioned.

Nor do they believe in any innate female superiority or natural world order. Nor are they ruled by their cocks. Influenced, sure, but not ruled.

And they do not submit to me because I’m masculine in my dominance. My Dominance is entirely feminine, not primarily based on sex, is not based on my possession of tits and a pussy, and works just fine on strong capable confident masculine men. The sex and body parts are fun, but they don’t control me or mine.

Your 3 philosophies do indeed include some few people, but only a few. There’s a much broader range of ideas and kinks and personalities and perspectives out there than you are giving us credit for.

I am a strong and dominant person. This really has jack shit to do with my gender. My strength and inclination to dominance and the path of Mastery (self and others) is not male and it is not female. It is not based in sex or seduction, nor is it based in brute physical prowess, though part of my personal path is to strive towards strength, health and fitness in all its myriad forms. It simply is.

It is most definitely not based in how pretty and pleasing I may be to men. It is the job of the submissive to work hard to be be attractive and pleasing to my eye, while I remain comfortable and confident.

It can’t be based in a patently false and unscientific notion of either gender being “better” than the other. Better at what, exactly? Evolution has made our strategies of survival and resource management different, but arguing that either is “superior” is bad science. Bad science gives me a headache.

In truth I have found more Dominant men who see women as weaker and needing guidance or a firm hand than submissive. It’s part of their Manly persona, and that’s far more damaging in my mind.

By the same logic i am murderer if i suspect that murders exist…..and of course anyone who states that sexist bigots exist must themselves be a sexist bigot.

At no time did i indicate my own perspective, instead of seeking to understand the views of others who hold a very different view to my own. Some people do tolerate and seek to understand others’ point of view- even though the vast majority find a point of view they disagree with and then simply vent. Stating it is impossible that anyone could support that view- even when an earlier poster has agreed with the very view.
It seems most prefer to stand on a soapbox and declare there is one truth. Wish there were more…..oh ‘but you missed this perspective…’ and gasp…people who could talk about a view they have encountered even though they disagree with it!

To be honest….i don’t understand ‘Maledom’ at all – nor do I get people who seem to think anything characteristically male is thus dominant. however, they both do exist. I once read a post by a man who played ‘submissive’ with his partner by swapping roles. He thought he was being submissive by have doors opened for him and by being a passenger in the car instead of the driver. To him, he was being submissive …while to many of us he simply didn’t realise he was normally submissive and his ‘swap roles’ made him dominant for a change.

I do believe you hold ‘a philosophy’ -even though to you simply appears to be normal. As a ‘philosophy’ it appears to closely match the description of number 3. If I understand correctly, the variation is that you only find fulfillment when submitting, so you do not necessarily automatically submit before even thinking in such circumstances.

I think ‘feminization’ yet again means very very different things to different people. I agree that what you is how it is for some people, but i think there are other approaches as well. Again it is not a ‘one size fits all’.
For some it does take their power away- not because they are being a woman – because it is very clear to all they are not. The same clothes that make a woman look amazing can make a man look simply foolish. And then those clothes do take his power away- even though the same clothes could be ‘power dressing’ for a woman. Then there are other approaches as well…..some even do try to look like a real woman!!

Seriously, folks. Anyone who tries to classify the width and breath of human relationships, feelings and experiences into X number of types has usually got their head so far up their own ass that they can’t see daylight. The range of how men experience their submission is a hell of a lot bigger and more complex than you can break down into any number of types, let alone two.

When you’re done writing wank fodder, you can join the adult conversation. But leave the wank fodder where it belongs, please. Like your used tissues, nobody else really wants to see it.

Nonsense. I’m a female who happens to be a dom, not a dom because I’m female.

Alpha slaves do not have anything to do with the above three things but the idea of serving as a hot chick’s urinal will arouse him quite a lo.

Plenty of butches, macho, not cross-dressing guys like cross-dressing or cuckolding and plenty of crossdressers and sissies like piss-play. So again, nonsense.

That woman who has the ability to turn a normally sane, strong-willed man into that groveling puppy dog, willing to do anything for this woman. Happens all the time.

Until he ejaculates or is otherwise distracted, assuming the individual shows lousy judgment and poor impulse control enough that temptation works as a lever. Being the gatekeeper of pussy is a terrible way to run a power dynamic. It generally works better to find a consenting man who likes the idea of cowering and groveling for its own sake. And many of these don’t want to wear drag, don’t see things in gender binary terms and don’t have hangups they need kink to express.

I generally reject these psycho-sexual theories if they apply to only a fraction of the population. Why am I so different from a male dom just because society equips me with a stupid wardrobe? I whip, I boss, I orgasm. And just because it turns me on to call someone a worthless piece of shit and sexually violate them with a carrot (in a condom, I’m not a barbarian) doesn’t mean that I don’t see them as my equal, just like I expect the guy going “Yes, mistress, please don’t do it (ooooo) harder!” to be aware I’m a human being of equal worth and merit.