Well, ladies? What do you think of those crazy transgenders that ride the line, either trying to pass as women or just going for an androgyny kind of look?

Does it bother you if they haven’t taken the effort to shave, legs? face? underarms? chest? Do certain clothes appeal to you more than others? Dresses? Boots/heels? Knee-high vs thigh-highs? Wigs? Make-up?

Just curious what all you ladies think of the lady-boys that are wandering around out there and what judgment calls you to make when seeing someone dressed in 5-inch heels who’s obviously some sort of male.

I’m sexually attracted to Dom men, and even tho i can see the sexiness in someone who’s hot and passable, even if they’re hetero men it puts them off my sex radar. Gotta disagree big time with Iamanonymous saying “Women always find Ambiguity and sexual indecisiveness incredibly hot”. But Any statement that starts with “women always” or “men always” is doomed anyway :-). I’d be curious to see how many sub straight females have wanted to have sex with crossdressers and how that works, in the mind. I’ve wanted to be topped by a couple of Domme types, but if i had a b/f that liked to cross dress there’d be problems. I hope this shows no disrespect, i have male friends i love that crossdress.

I wouldn’t say I think male transvestites are hot, because the idea of a boy in a skirt does nothing for me. I don’t mind it, but it’s not a turn-on for me — it’s just another wardrobe choice he can make, although seeing people fuck with gender roles does make me smile. If I’d find them attractive to begin with, seeing them in a skirt probably won’t change that. It’s mostly about charm, confidence, and being comfortable in what you’re wearing. There’s a reason a lot of women otherwise uninterested in transvestites would still do Tim Curry in Rocky Horror Picture Show, and it’s not _just_ his amazing legs.

For some reason, I find cross-dressing women way sexier. Show me a woman in a suit and a fedora and I’ll swoon.

I don’t assume crossdressing men are gay. Gender and sexuality are separate. Having a feminine side doesn’t mean he likes boys. He _might_ like boys, or he might like hiking his skirt up to fuck women.

The only thing that actually turns me _off_ is when the guy seems ashamed of his crossdressing, or when crossdressing is specifically a humiliation kink for him. It makes me go “Hey! What’s so humiliating about dressing like a woman? I do it every day!” (Which doesn’t mean forced fem is _wrong_ or that people shouldn’t do it, just that I tend to think it’s symptomatic of some weird ideas our culture has about femininity. As are lots of other kinks, some of which I enjoy myself.)

it’s not my kink but so what – they have just as much right – and need – as any of us do within our own kinky stuff.

as for transgendered people, part of their deal is to dress as the sex they are going to become, prior to sex-change surgery. i think of the challenges that we all face in a lifetime and damn, we are confronted by so many of them – but i believe that those people who are trapped in the body of the wrong gender, suffer exponentially more than many other people…

Here is an important point I would like to make out for all the ladies out there when I am not dressed and you saw me in the street you would see me look like any other hairy stubbly guy and you would not know that I was a transvestite. I’m a guy, I’m just as much of a guy as any other guy (okay I don’t really care for sports), and anyways how many guys have the balls to look like a complete tit on a Saturday like me 🙂

Would it make your guy any less macho in your eyes if you found out.

I appreciate that dating a CD wouldn’t be every girls cup of tea, especially If you like guys to look like guys.

And to disagree with terminology used by several who posted, I believe that transgender is the blanket term for transvestites, cross-dressers and transexuals, etc. Someone who feels they were born in the wrong body is a transsexual, whether pre-op, post-op or non-op.

For cd/tv, I do prefer men that I dress up to be at least somewhat passable, typically with a somewhat feminine body. It’s much harder to dress up a linebacker looking guy than a tall, lanky one. For the linebackers, I just put them in fetish wear if they can’t pull of the feminine clothes. The level of cd/tv that they’re comfortable with (as far as shaving etc) is something I work within. Several professional men love to be dressed up but don’t want to commit to shaving their legs, underarms, etc the dress up is just an act for play purposes. I’m ok with that. You have to shave your face though if you want me to teach you to put on your makeup correctly.

A boy in a dress does not equal gay. It equals hot in my book most of the time. ^_^ 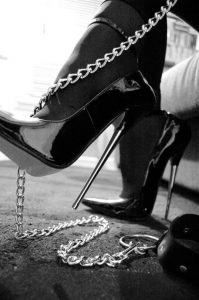 ~ What do I think, I hope they are having fun.

Does it bother you if they haven’t taken the effort to shave, legs? face? underarms? chest? Do certain clothes appeal to you more than others? Dresses? Boots/heels? Knee-high vs thigh-high’s? Wigs? Make-up?

~ If they are trying to “pass” and only go about it half-ass (don’t shave etc) that just makes tilt my head and say why bother. A genetically born male wearing silk panties and a garter belt with stockings under his business suit is a bit of a turn on for me. I like a guy who is totally shaven doesn’t matter if he is cd/tv/tg, I also like my women clean-shaven as well. Other than my slight boot fetish there is no one thing I find more appealing than another, in this case attitude really does the trick.

Amazing to me … after all I’ve learned about this topic, it almost hurts me to read this thread. There is so much more to all this than the just “being into it or not” opinions listed here. Meeting the person I met really changed my life. I wish I could be more like OhSoZen and just throw myself in — I’d be happily married right now.

But at least I still have the best person in the world in my life. Bottom line is that I love and am attracted to that person. When he dresses as a woman I am less interested sexually, but I always, always love him. And he will always be one of my best friends.

I do find it quite hot to see a man who’s taken great care to pass as a woman, but a man who doesn’t take as much time (i.e. not shaving, sloppy dresser, etc.), strikes me as a bit lazy and is, therefore, less appealing to me. I don’t assume that he’s gay, straight, transsexual, or anything in between because it simply makes no nevermind to me. If we’re into each other, I’m game for some fun and just might have an extra leash in my purse on which to take him home.

My experience is with the latter, and it is fun 😀

However, if we’re talking more full-on transvestites, it has to be done well. It can be very hot, and I am in total awe of drag queens (especially black drag queens – a totally unique beauty!). However, do it well! Shave! Wear feminine clothing! When I’m playing with my fiance, shaving, full make-up etc isn’t always the point, or you don’t have the time (though he does make the effort to cover his leg hair, etc!) but when its more of a lifestyle thing, it needs to be done well.