There once were two old friends, named Britney and Ashley. Britney was 5 foot, 6 inches with medium brown hair brown eyes and tanned skin. She had a toned body and was sultry, sexy cool.
Ashley was tall, almost like an avatar, nearly 6-foot tall full body curvy voluptuous. When Ashley walked into a room, men would stare. Ashley was a free spirit unable to be tamed.

And then there was Bitch Boi. He was a cheating bastard, and Britney arrived one weekend to serve up some revenge.

Britney and Ashley started with their bare feet taking turns getting oral from their Bitch Boi while they made out with each other. Ashley insisted Britney stand on his balls to keep him screaming as Ashley ground her pussy into his mouth. As the evening progressed, they used shoes on his tenderized cock to keep the intensity going. Ashley had some wicked wedges that she used to stomp on him. He screamed like a mad man up her pussy as Britney flooded his screaming mouth. Britney used her stilettos placed directly on the head of his cock to make him scream like a banshee. She made out with Ashley all the while as she said things like, come on babe hurt it for me, dig your heel into it, harder baby, make the damm thing suffer to make your Bitch Boy howl, Hurt it honey hurt it bad make your Bitch scream up her pussy! It was pretty freaking awesome to hear Bitch Boi muffled screams under Ashley’s grinding pussy! Ashley told Britney to jam her stiletto heel down his urethra as Ashley fingered Britney to a mutual double orgasm!

It was amazing to have Ashley direct Britney like that… when they both stopped cumming. Ashley bent down to inspect Bitch Boi jacked-up cock. Ashley laughed at all the marks all over his cock from our shoes. Ashley took particular delight in deep dents Britney put in what Ashley said was “her” cock head. There was a small trickle of blood coming from his urethra. Ashley said for Britney to plant her pussy over his mouth as Ashley wanted to reciprocate the roaring orgasm Ashley just had. Ashley had this amazingly sadistic look in her face that Britney couldn’t deny as she did what Ashley said and plopped her post-orgasm creamed pussy onto his mouth! Ashley then said, “Britney do you want to make it bleed for us while you cum in his mouth?” Britney watched as Ashley took a corsage pin and ever so slowly drove it into the base his thick dick shaft. Ashley stuck three more in into Bitch Boi dick gleefully wriggling them to keep him screaming like crazy… Britney was in multi-orgasmic bliss. Britney flooded his mouth with pussy juice as BB screamed into her pussy. Britney continued to cum and grind her gushing pussy into Bitch Boi’s mouth. Ashley lifted his dick and found the deepest dent in the head of his cock from her stiletto heels. Britney almost collapsed in orgasmic bliss as she watched Ashley wickedly push on the corsage pin contorting his tenderized dick until his flesh gave way, and Ashley gleefully drove the corsage pin right through the middle of his fat cock head. Just as Britney thought BB was going to pass out Ashley placed the sole of her shoe on his pined cock shaft and said crush it and watch. Bitch Boi let out a new level of screaming. They both quivered with orgasms right then. 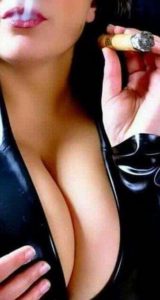 Bitch Boi let out a new level of screams under her gushing pussy as the sole of her shiny black stiletto crushed his cock with the corsage pins deeply embedded in his dick shaft meat. Ashley then flashed her classic sadistic wicked blissful smiles and slowly pulled the pin in the head of his cock out. Britney swooned and almost collapsed onto Bitch Boi’s pussy glazed face as Ashley twisted his dick so they could watch a jet of blood forcefully spray out the underside of Bitch Boi’s cock as the pin is withdrawn. Britney fingered her to orgasm as Ashley continued to withdraw the pin. Ashley giggled then used her fingernail to open up BBs urethra. They watched as Ashley paused to pull the pin through his urethra and blood sprayed out his hole. Ashley pushed on her foot to get more pressure on his cock shaft. Fuck it was wild, Ashley slowly continued pulling the pin they watched the pin disappear into the deep heel dent on the top of his sorry cock head and instantly shoot another jet of blood out the top. Slowly the jets of blood out his dick head subsided.